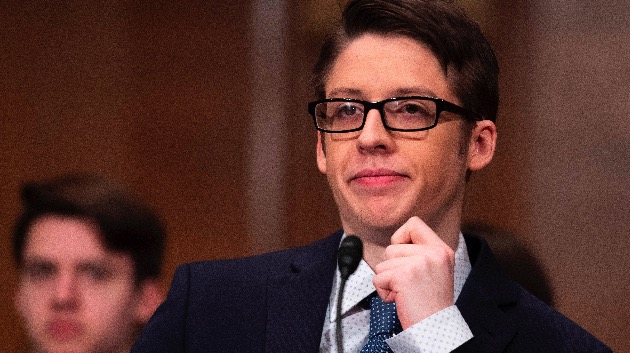 JIM WATSON/AFP/Getty Images(WASHINGTON) — Ethan Lindenberger, an Ohio teenager who has spoken out about growing up in an anti-vaccine household, told a Senate committee Tuesday that misinformation and fear put children at risk.
Lindenberger said growing up he never received standard vaccines that protect against diseases like chickenpox, hepatitis, measles, mumps, polio, or rubella. In his prepared testimony, he described debates he’d had with his mother, who he has described as an “anti-vaccine advocate.” But by the time he became a legal adult, he said, he had educated himself on the topic and decided to seek inoculations on his own.
“Anti-vaccine parents and individuals are in no way evil. With that said, I will state that certain individuals and organizations which spread misinformation and instill fear into the public for their own gain selfishly put countless people at risk,” Lindenberger said.
John Boyle, president and CEO of the Immune Deficiency Foundation, spoke about parents who fear that their communities aren’t being sufficiently vaccinated.
“They are afraid to send their child to school — even when their child is not sick and should be able to participate. They’re afraid because they understand the science, the math, and the history. They know the stakes: if people stop vaccinating and the safety net of "community immunity" fails, their children will be among the first casualties,” Boyle said in prepared testimony.
The term "herd immunity" refers to the percentage of a community that needs to be vaccinated against a particular disease to prevent the spread of the disease in the population.
For measles, herd immunity is reached when about 93 to 95 percent of the population is vaccinated.
“The rate of protection against measles is hovering dangerously close to the ‘herd immunity threshold,’” said Saad Omer, a professor of epidemiology and pediatrics at Emory University, in prepared testimony.
The committee also heard from a public health official from Washington state, where an ongoing measles outbreak has drawn national attention to the issue of vaccinations.
As of Monday afternoon, the state Department of Health had confirmed 70 cases of measles in Washington's Clark County.
Washington has had three measles outbreaks over the last 10 years, according to testimony from John Wiesman, secretary of health at the Washington State Department of Health.
Copyright © 2019, ABC Radio. All rights reserved.