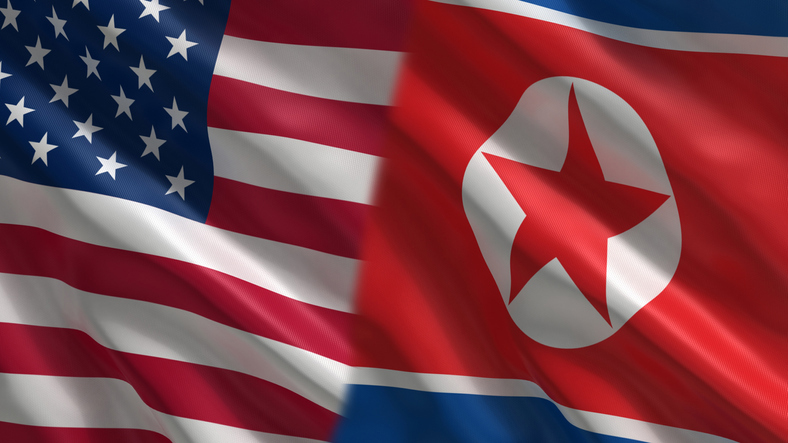 ANNECORDON/iStock(WASHINGTON) — Commercial satellite imagery released by a Washington think tank showed that North Korea has begun a rapid rebuilding of a missile launch site that has been inactive since last summer.
The development comes days after President Donald Trump's summit with North Korean leader Kim Jong Un that did not result in a denuclearlization agreement between the two countries.
The satellite images, taken on March 2, 2019, were acquired by the Center for Strategic and International Studies' (CSIS) Beyond Parallel and show new activity at the Sohae (Tongchang-ri) launch facility located in the northwestern part of North Korea.
The images showed that North Korea has begun to rebuild the launch stand at the location that is the country's main site for long range satellite launches. The site has not been used for the launch of North Korea's intercontinental ballistic missiles, which are fired from mobile launchers.
However, U.S. officials have said that the civilian satellite launches are a cover for military ICBM tests since the technologies are so similar.
Activity at the site includes two construction cranes, as well as several vehicles and supplies laying on the ground next to the vertical engine test stand.
The satellite photos also showed activity at the launch pad's rail-mounted rocket transfer structure.
The covers that typically shroud the site's umbilical launch tower have now been opened to show the launch pad itself.
The renewed activity at the launch site was detected two days after the Trump-Kim summit in Hanoi, Vietnam, that failed to reach an agreement to eliminate North Korea's nuclear weapons program.
The Sohae facility has been inactive since August 2018, when North Korea seemed to be following through with a commitment they made to President Trump at the Singapore summit that Kim would dismantle a launch facility.
CSIS analysts believe the current activity "is deliberate and purposeful" to show North Korea's resolve in the wake of the Hanoi meeting.
Though no agreement was reached in Hanoi, President Trump told reporters that Kim had committed to continue not to conduct ballistic missile or nuclear tests, as he had following the Singapore summit.