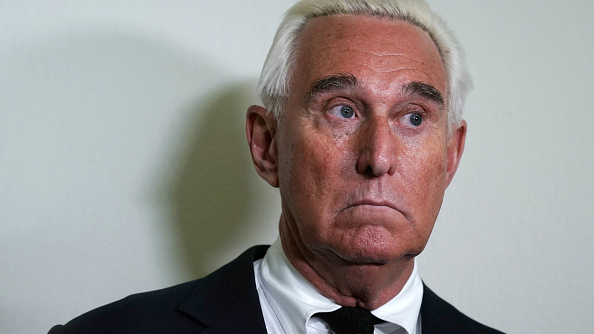 Alex Wong/Getty Images(WASHINGTON) — The federal judge who issued a gag order last month in the criminal case of former adviser to Donald Trump and veteran political operative Roger Stone, warned him Tuesday of the "cost and consequences" that could result from the improper disclosure of a book with fresh criticism of special counsel Robert Mueller's probe.
Stone targeted Judge Amy Berman Jackson in an inflammatory Instagram post late last month that resulted in her putting him under a gag order preventing him from speaking publicly about his case.
This week, the judge wrote that Stone failed to appropriately inform the court about the re-release of an updated version of a book he originally published in 2017 about the president’s 2016 campaign.
Mueller indicted Stone in January on five counts of lying to Congress, as well as witness tampering, and obstruction of justice as part of Mueller's probe into possible collusion between the Trump campaign and Russian election meddlers in the 2016 U.S. presidential campaign. Stone has pleaded not guilty to all seven counts.
Re-published under the new title, "The Myth of Russian Collusion: The Inside Story of How Trump Really Won," Stone's book boasts an "explosive" new introduction blasting the special counsel's investigation into Russian meddling in the 2016 presidential election.
An undated press release for the book obtained by ABC News Tuesday morning from Stone’s publisher, Skyhorse Publishing, notably omits the exact date for the book’s release. It does provide a company point of contact “to request a review copy or to arrange an interview with the author.”
When asked by ABC News when the press release was sent and why it doesn’t contain a release date for the book, Skyhorse Publishing's Nick Magliato told ABC News in an email, "It was initially sent out late January. There was not a strict on-sale release date for this title, so it’s not listed on the press release."
Stone’s lawyers claimed in a filing unsealed Monday that the new version of the book was shipped to retailers in January ahead of its re-release and published online Feb. 19 – two days before Jackson issued the gag order on Stone.
The Amazon page to purchase Stone’s book lists its publishing date as Feb. 19 – one day before Jackson placed Stone on gag order.
Social media accounts for Stone previously stated the book’s release date would come in March.
According to the judge’s order, on March 1, Stone asked the court to "clarify" whether the gag order barring him from speaking out about his impending case applied to the "imminent" re-release of the book with the revised introduction.
After the judge requested more information on the matter, including why they had not previously disclosed the matter to court, Stone’s lawyers said in a filing on Monday that it "did not occur" to them to notify Jackson prior to their March 1 inquiry because they claim the book was published two days before the judge issued the February gag order on Stone.
Jackson criticized Stone for making "inconsistent" statements about the date of the book’s release, because the content of its new introduction slamming Mueller’s probe could run afoul of the court-ordered gag.
"Without providing any explanation for the misrepresentation in the motion, defendant informed the Court that the use of the word 'imminent' had been a 'misnomer' because the book is already for sale. … Indeed, the Introduction can be accessed online,” Jackson wrote.
Judge Jackson set a March 11 deadline for Stone to file a status report outlining his compliance with the terms of his gag order, and a laundry list of relevant information about the book’s re-release including dates, contacts with the publisher and the timing of retail distribution.
Further, Jackson ordered that the "Defendant must specify the date and content of any Instagram or social media posts, including deleted posts, or other public statements he made from January 15 to the present concerning or publicizing the release of the book, including any statements announcing the date the book would be published or available for purchase."
An attorney for Stone, Grant Smith, told ABC News on Tuesday that he intends to comply with the judge’s order. “We will, in a timely fashion, provide the judge with the information she requested,” Smith said. “And our filing will speak for itself.”
The special counsel’s office declined to comment.

Teachers, child care staff nationwide can now sign up for vaccine shots under Biden’s order
Judge returns to bench after son’s murder: ‘I will not be frightened or be afraid to do what I love to do’
Fauci warns progress in COVID fight appears to have stalled
Texas federal judge rules CDC’s pandemic eviction moratorium unconstitutional
Biden to sign executive order aimed at securing critical US supply chains
Climate change, rising sea levels to increase cost of flood damage by $34B in coming decades: Report