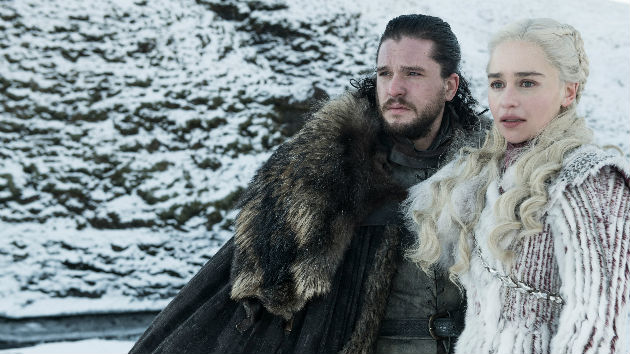 That's what Jon Snow says in the trailer for the final season of Game of Thrones, released Tuesday by HBO, and he's obviously referring to the ultimate showdown between our heroes and the zombie-like White Walkers.

The tense trailer shows armies massing, on land and on sea, and Dany's dragons flying through the air as she and Jon lead men into battle. Sansa Stark looks up from the top of Winterfell to see dragons flying over her head; Tyrion Lannister looks at — something — in wonder, while his sister Cersei smiles wickedly.

There's also Arya Stark, running for her life from something we can't see — but as the Faceless Assassin notes, "I know death. He has many faces. I look forward to seeing this one."

Meanwhile, referring to their pact last season to team with Jon and Dany against the White Walkers, Jaime Lannister vows, "I promised to fight for the living. And I intend to keep that promise.”

And Bran Stark is seen telling someone, possibly Sam, "Everything you did brought you where you are now. Where you belong. Home."

The eighth final season of Game of Thrones starts April 14 on HBO. It will consist of six 90-minute episodes.