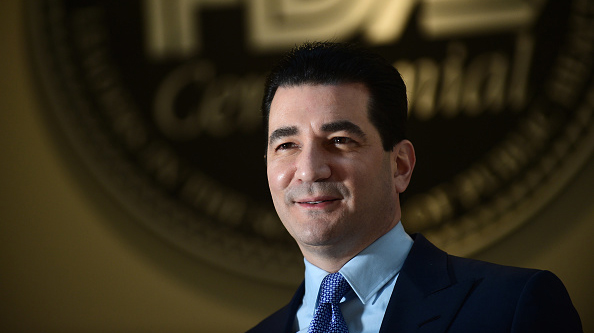 Astrid Riecken For The Washington Post via Getty Images
Posted on March 5, 2019 by ABC News

Astrid Riecken For The Washington Post via Getty Images(WASHINGTON) — Food and Drug Administration Commissioner Scott Gottlieb announced his resignation Tuesday, the Department of Heath and Human Services confirmed in a statement.
"All of us at HHS are proud of the remarkable work Commissioner Gottlieb has done at the FDA," Secretary Alex Azar said in a statement. "He has been an exemplary public health leader, aggressive advocate for American patients, and passionate promoter of innovation. I will personally miss working with Scott on the important goals we share, and I know that is true for so many other members of the HHS family."
In his resignation letter, provided to ABC News, Gottlieb says he will stay on in his job for another month but he does not cite a reason for his leaving.
"I’m fortunate for the opportunity that the President of the United States afforded me to lead this outstanding team, at this time, in this period of wonderful scientific advances. I’m deeply grateful for your support and the support of the President and his team in advancing many critical public health goals," he wrote.
Gottlieb has presided over a number of FDA initiatives including faster approvals for generic drugs and cracking down on unproven procedures like thermography. He also worked to ensure food inspections and other essential services continued during the government shutdown.
One of his signature issues was confronting e-cigarette companies that targeted teens and retailers that sold tobacco to minors.
News of his resignation comes a day after he announced new measures aimed at stores including Walgreens, 7-Eleven and Exxon. In a public rebuke on Monday, Gottlieb highlighted hundreds of incidents where some of the country’s top convenience store chains were found to have sold tobacco products to minors.
The agency has issued warning letters to retailers and e-cigarette manufacturers, requiring them to detail plans for correcting violations.
He said in his letter that he expects FDA to continue those initiatives.
President Donald Trump thanked Gottlieb in a tweet, saying he did an "absolutely terrific job" at FDA.