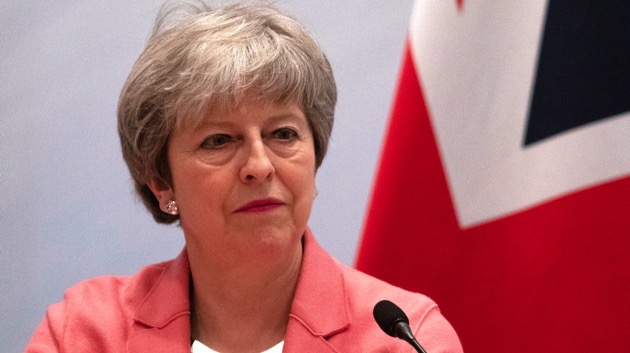 Dan Kitwood/Getty Images(LONDON) — The U.K. government has said it is "taking action on many fronts" to tackle knife crime after two teenagers were stabbed to death in separate incidents in England this weekend.
Yousef Ghaleb Makki, 17, was violently killed in the village of Hale Barns, near Manchester, England, on Saturday evening, the Metropolitan Police confirmed to ABC News.
This attack followed the death of another teenager, 17-year-old musician Jodie Chesney, in London on Friday night. Chesney was stabbed in the back while playing music in a park in East London with friends, the Metropolitan Police told ABC News.
The government minister in charge of policing, Sajid Javid, said on Twitter that the "senseless violence" had to stop as the U.K. struggles to get to grips with youth knife crime.
"Young people are being murdered across the count[r]y & it can’t go on," he posted. "We’re taking action on many fronts & I’ll be meeting police chiefs this week to hear what more can be done. Vital we unite to stop this senseless violence."

Young people are being murdered across the county & it can’t go on. We’re taking action on many fronts & I’ll be meeting police chiefs this week to hear what more can be done. Vital we unite to stop this senseless violence

A documentary airing in the U.K. on Monday night will claim that knife crimes committed by under-18s have risen by 77 percent in the last two years, according to the Guardian.
Eva Hamilton, founder and chief executive of Key4Life, an organization involved in rehabilitating young gang members, told ABC News the reasons why knife attacks are increasing in the U.K. are complex.
One of those reasons, she suggested, was tied in with ideas of masculinity.
"I think the issue is giving young men a sense of belonging at an early age," Hamilton said.
The rising knife crime rate in the U.K. has become an intense topic of national debate in recent months. According to the latest government figures in 2018, there were 285 "knife and sharp instrument" homicides in the year ending March 2018 — the highest since records began in 1946.
London has been at the heart of much of the attention on the increase in knife crime in the U.K. The increase drew headlines in February 2018, a month in which London had a higher murder rate than the city of New York, according to the BBC.
The opposition Labour Party has repeatedly criticized the government for funding cuts to the police even as the number of killings reached 132 in London in 2018, according to BBC figures, which was the capital’s deadliest year in nearly a decade.
Prime Minister Theresa May said on Monday there was no link between police cuts and knife crime, according to the Guardian.
Javid will be meeting police chiefs later this week to "hear what more can be done," he announced on Twitter.
Copyright © 2019, ABC Radio. All rights reserved.

Court mulling whether to reinstate 3rd-degree murder charge against Derek Chauvin in George Floyd’s death
Nick Jonas won’t star in action thriller ‘The Blacksmith’ after all
VCU fraternity under investigation after death of freshman student
Asian man stabbed in back in Chinatown, suspect charged with attempted murder as a hate crime
Asian man stabbed in back in New York City’s Chinatown, suspect arrested
Michael B. Jordan admits Chadwick Boseman’s death is what “made me cry the most this year”