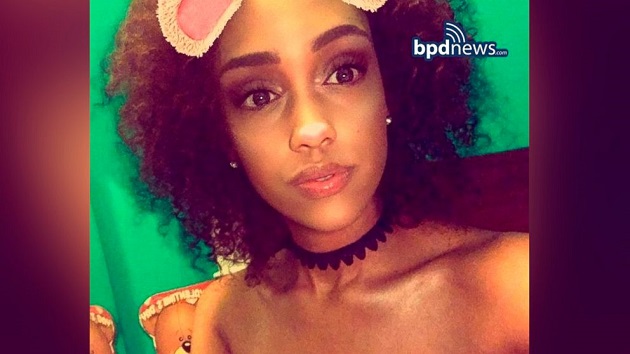 Released by Boston Police
Posted on March 4, 2019 by ABC News

Released by Boston Police(PROVIDENCE, R.I.) — A Rhode Island man is facing federal kidnapping charges for allegedly abducting a young woman who was found dead in his car.
Louis Coleman III, 32, of Providence, Rhode Island, faces one count of kidnapping, which resulted in the death of Jassy Correia, a 23-year-old Massachusetts woman last seen leaving a Boston nightclub, authorities said on Sunday.
Correia, who has a 2-year-old daughter, was last seen Feb. 24 leaving Venue Nightclub, where she was celebrating her birthday. Her body was found in a suitcase in the trunk of a car stopped by police on a Delaware highway last week.
Investigators said she was seen getting into a car with a man later identified by police as Coleman.
"The interstate kidnapping resulting in death is the most applicable charge and carries the highest possible sentence. It's a mandatory life charge and a death-eligible charge," U.S. Attorney Andrew Lelling said.
Police searched Coleman's Rhode Island apartment last week and obtained surveillance that appeared to show him entering the building carrying a body wrapped in a blanket, authorities said.
"I can't tell you how upsetting this is," Boston Police Commissioner William Gross told ABC Boston affiliate WCVB-TV. "No family should ever, ever have to go through this."
Correia's cousin, Katia Depina, said at a news conference last week that the family was "all devastated by what happened."
"She did not deserve this. She went out to celebrate her birthday and never returned home," Depina said. "We want justice for her death."
Coleman was arrested Thursday and was held at a jail in Delaware. He's expected to make an initial appearance in federal court later Monday. It's unclear whether he's retained an attorney.
Copyright © 2019, ABC Radio. All rights reserved.