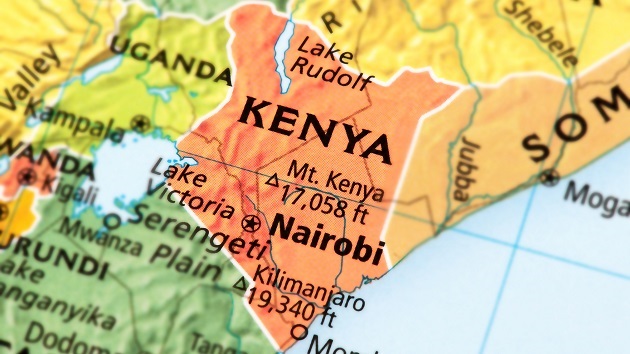 omersukrugoksu/iStock(LONDON) — Four Americans were killed Sunday night when their helicopter crashed on a remote island in northern Kenya, authorities said.
Their Kenyan pilot also was killed. The helicopter went down after 8 p.m. local time at Central Island National Park, which sits on a small volcanic island in the middle of Lake Turkana, according to a statement from Kenya's National Police Service.
The chopper was one of two that had landed on the island earlier in the day at Lobolo tented camp. Both took off that evening, but one — a Bell 505 — lost contact and crashed on the island, according to a statement from the Kenya Civil Aviation Authority. The slain pilot has been identified as Capt. Marious Magonga.
The cause of the crash is under investigation, Kenyan police said, though strong winds are seen to have been a factor, Rupe Josphat, a senior warden of the Kenya Wildlife Service in Turkana County, told ABC News.
A spokesperson for the U.S. Embassy in Kenya, who confirmed that four Americans were among the dead, told ABC News they're aware of the crash and are communicating with Kenyan authorities.
An official at the U.S. Department of State confirmed the names of three of the four American victims: Anders Asher Jesiah Burke, Brandon Howe Stapper and Kyle John Forti.
"We offer our sincerest condolences to the family and friends of all those killed in the crash," the State Department official told ABC News in a statement Monday. "We are providing all appropriate consular assistance to the families of the American citizens. We would refer you to Kenyan authorities for any further information. Out of respect for the families, we have no further comment at this time."
Less than three weeks ago, two Americans were among five people killed when their small plane crashed in Kenya's Great Rift Valley region.