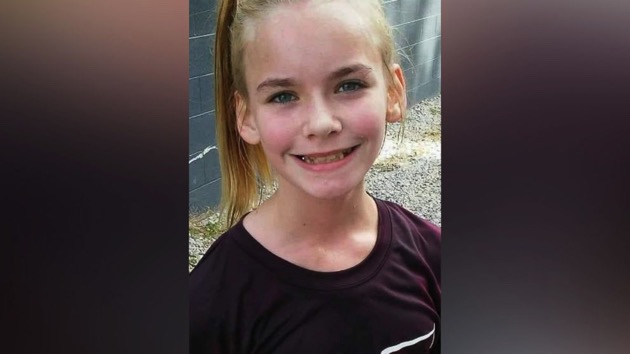 Alabama Law Enforcement Agency(DEKALB COUNTY, Ala.) — A man is facing a capital murder charge after an 11-year-old Georgia girl was killed and left in the woods behind his Alabama home, officials said.
Amberly Barnett was last seen alive on Friday at her aunt's house in DeKalb County, Alabama, reported ABC Atlanta affiliate WSB-TV.
Her body was found Saturday in a wooded area about 200 yards behind the home of suspected killer Christopher Madison, DeKalb County Sheriff Nick Welden said at a Monday news conference.
Amberly died from strangulation, preliminary results showed, according to Welden.
Madison, 33, was charged with capital murder and is being held without bond, Welden said.
"My heart is still shattered," Welden told reporters.
The sheriff declined to comment further, citing the ongoing investigation.
"I couldn't have asked for a better daughter," Amberly's mother, Jonie Barnett, told WSB-TV in an emotional interview on Sunday.
"Nobody should bury their 11-year-old child," Barnett said. "She deserves more than justice. She deserves her life."
Welden said in a statement Saturday, "Please keep the family in your thoughts and prayers as we move forward during this tragic event."