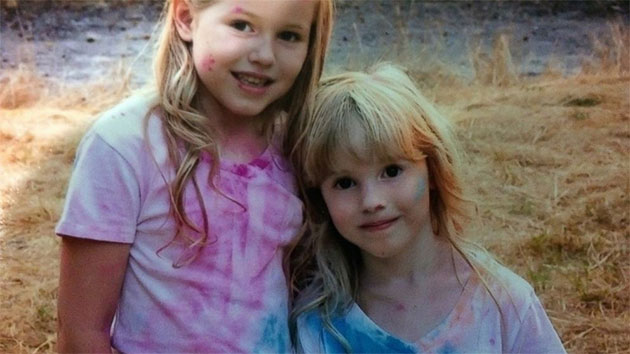 Humboldt County Sheriff's Office(SAN FRANCISCO) — Two young sisters have been found alive and safe after wandering away from their Northern California home and spending 44 hours lost in a cold, rainy forest, according to their mother and the local sheriff.

"I am pleased to report that we all are witnessing a miracle today. Caroline and Leia have been found safe and sound in southern Humboldt," Humboldt County Sheriff William Honsal said at a news conference, prompting wild applause from rescuers, who had been searching for the girls for three days.

Honsal said the sisters were discovered at about 10:30 a.m. local time by Piercy, California, Fire Chief Delbert Crumley and firefighter Abram Hill, who were among nearly 200 rescuers from across the state who joined the search.

The sheriff said the girls were found near Richardson State Park, about 1.4 miles south of their home in Benbow.

He said Crumley and Hill were following tracks in their assigned search area when they came upon the little girls.

"They were safe and sound, still ambulatory, in good spirits, no injuries," Honsal said. "These girls definitely have a survival story to tell."

He said the girls were examined by paramedics and the initial assessment showed they were dehydrated and cold. They were expected to be reunited with their parents on Sunday afternoon.

"We could not have had a better outcome than we've had this morning," Honsal said. "It's an absolute miracle."

Misty Carrico told authorities her daughters went missing about 3 p.m. on Friday from their home in Benbow, near the Eel River and the famed Julia Morgan Redwood Grove. She went looking for them with neighbors and friends before calling the sheriff's office three hours later.

"The two asked to go for a walk. The mother said, 'No.' And then in the course of getting things ready and stuff, she noticed they were missing around 3 o'clock," Honsal said.

Authorities had launched an expansive search that involved more than 170 personnel from 21 law enforcement and military agencies, including two helicopter crews and 12 K-9 units.

The search extended into Sunday with officers going door to door and inspecting all vehicles going in and out of the sprawling area where the search was centered, about 280 miles north of San Francisco.

The girls were found just hours before a rain storm was scheduled to hit the area.

A photo released by the sheriff's department showed Caroline, dressed in a pink sweater and matching rain boots, speaking with a firefighter shortly after she and her big sister were found.

#searchandrescue #update Leia and Caroline were found approximately 1.4 miles south of their residence near Richardson's Grove. Here's a first look from the scene where first responders located the girls.
Press release with more information as soon as possible today. pic.twitter.com/k2bUTQOtrt

Humboldt County Supervisor Estelle Fennell praised the rescuers and thanked the community for all their prayers over the course of the search.

"I have to tell you that when we go the first word that the kids may be safe, there was still a question mark in a lot of people's minds," Fennell said. "It is so amazing to have such good news, to know they are safe. We have so many of these kinds of efforts that end up in tears and tragedy."