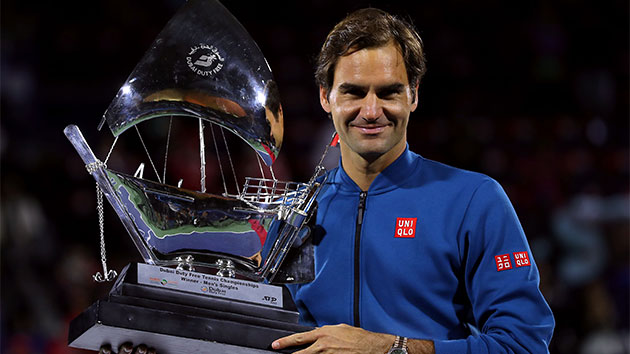 Francois Nel/Getty Images(NEW YORK) — Roger Federer won his 100th career title with a win at the Dubai Championships on Saturday.

The 20-time Grand Slam Champion won his last title October in his hometown of Basel, Switzerland.

Federer has won at least one Association of Tennis Professionals title in every season, except 2016 when he suffered a knee injury.