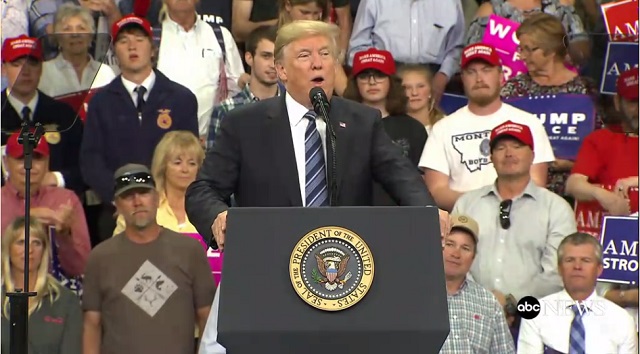 ABC News(NATIONAL HARBOR, Maryland) — After a week of distractions and disappointments at home and abroad, President Donald Trump will address a friendly crowd of conservatives at the annual Conservative Political Action Conference Saturday at the National Harbor.
The president left his second summit with North Korea's Kim Jong Un in Vietnam this week early without any agreement on denuclearization or sanctions. He also saw headlines from home that his former lawyer and fixer Michael Cohen painted him on the national stage as a crook.
On Saturday, the president has a chance to recast setbacks for his White House and rally conservatives ahead of his bid to be re-elected in 2020.
It is the Trump's fifth visit to CPAC and his third time speaking at the convention, which attracts big-name Republican lawmakers and conservative commentators.
On Friday, Vice President Mike Pence touted the Trump administration's tax cut bill, anti-abortion stance, and slammed the Democrats' "New Green Deal" and push for Medicare for All.
Trump did not signal what he would discuss at the conference but predicted a "record crowd" would attend on Saturday morning.
Copyright © 2019, ABC Radio. All rights reserved.