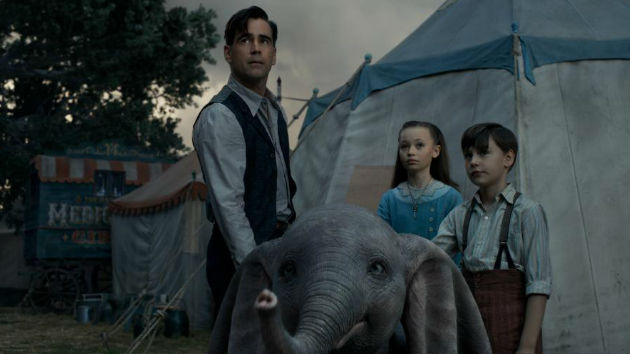 Disney(LOS ANGELES) — Disney has given fans a new peek at Dumbo, the latest in a successful series of live-action "re-imaginings" of its animated classics like Cinderella, and The Jungle Book.

The sneak peek features interviews with the cast. "We've got a flying elephant, c'mon, how much fun can you have!" Danny DeVito laughs. He plays Ringmaster Max Medici in the film, which takes place, as the original did, amid the sights and sounds of a circus.

"The set was enormous," Michael Keaton expresses, whose character tries to exploit Dumbo. "This was unbelievable."

"Tim filled it with performers from all over the world," says Colin Farrell, playing dad and circus performer Holt Farrier. "I got such goosebumps when I walked in the first time."

"We need this movie right now," adds DeVito, and Green notes that it reaffirms "that you don't need to be perfect to be loved."

Dumbo flies into theaters March 29 from Disney, the parent company of ABC News.