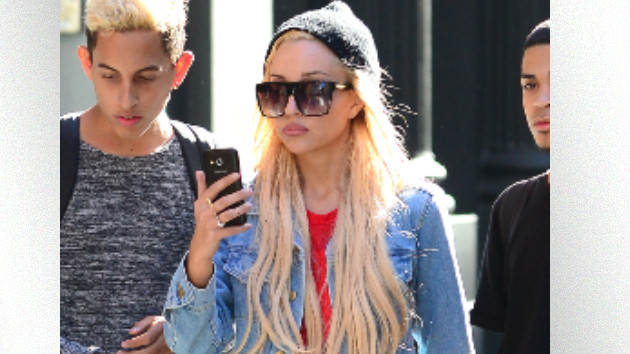 Photo by Raymond Hall/GC Images(LOS ANGELES) — TMZ is reporting that former child star Amanda Bynes has suffered a relapse, and is currently being treated for mental health and addiction issues.

According to the gossip site, "the pressure of being back in the public eye, plus auditioning in Hollywood again…was too much too soon for Amanda." She started treatment again in January, though her relapse happened months before, TMZ claims.

Bynes gave an interview to Paper magazine in November in which she stated she'd been sober for four years, following a string of high profile run-ins with the law, and controversial interactions with other celebrities on Twitter. She was later diagnosed with bipolar disorder, went to rehab, and her finances and other dealings placed under the care of a conservatorship started by her parents.

She said of her drug use, "Those days…are long over. I'm not sad about it and I don't miss it because I really feel ashamed of how those substances made me act. When I was off of them, I was completely back to normal and immediately realized what I had done — it was like an alien had literally invaded my body."

The Paper article noted that while she'd been on the straight and narrow and was pursuing a fashion design degree, Bynes, who once had two hit Nickelodeon shows, and later starred in films including Easy A, said she wanted to return to acting.