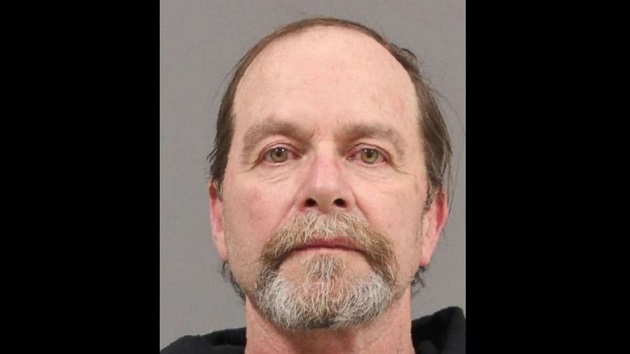 New York State Police(NEW YORK) — Police arrested a New York man this week who allegedly faked his own abduction to avoid paying a $50,000 Super Bowl bet.
Robert Brandel, 60, was arrested in western New York on Wednesday after officers found him in the back of his pickup truck with his hands and feet wrapped in duct tape, police said.
Brandel told police he was abducted at gunpoint on Monday by two men who threatened him and stole $16,000 in cash, according to a police statement.
He claimed these robbers forced him to drive around western New York for two days against his will, tied him up in the back seat of his vehicle and left him in a parking lot, New York State Police said. Brandel said these alleged suspects were involved in his Super Bowl squares betting, but investigators said he made the whole thing up.
Police said further investigation and interviews revealed Brandel's "elaborate story was fabricated" because he was running a $50,000 Super Bowl pool in which he made up names on some of the squares "hoping to win and take most of the winnings," according to a police statement.
Brandel came up with the kidnapping scheme because he was unable to make the payout and was short for most of the $50,000, police said.
"This guy ran a football pool, a $50,000 payout football pool. [He] came up with a couple different ways where he could make money off of it and eventually fell flat," New York State Police Trooper James O'Callaghan told ABC Buffalo affiliate WKBW-TV. "And now he can't make the money up to the people who obviously or eventually won this football pool."
O'Callaghan said investigators were tipped off because Brandel, who claimed to be held captive for multiple days, appeared clean-shaven when he was discovered.
"We're on the third day when we find him, but he's pretty clean-shaved around his beard," O'Callaghan said. "A normal person that's abducted and has gone through something like that, their heart rate would be very high, they're very worried, depressed, a lot of emotions that will be bubbling up."
Brandel was charged with scheme to defraud, a felony, and falsely reporting an incident. He's scheduled to appear in court in March. It's unclear if he's obtained legal counsel.
Copyright © 2019, ABC Radio. All rights reserved.