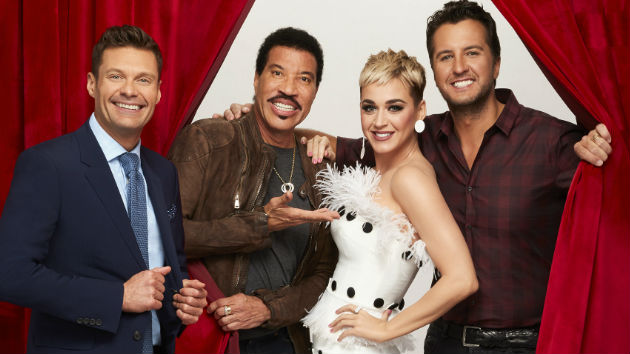 ABC/Craig Sjodin(NEW YORK) — American Idol returns to ABC this Sunday night, and there's no doubt that this season's crop of contestants will benefit from the advice of judges Katy Perry, Lionel Richie and Luke Bryan. But as Katy explains, the benefits she receives from the contestants are just as important.

"To be able to pay it forward by caring…I care so much about these kids," she says of judging. "I mean, I'm just so encouraged by these kids. And it makes me feel like a good person while doing it, so I love it!"

Katy says this season, it's important to her to find contestants that are as good, or better, than last year's top 10, which she considers to have been stellar.

"It was so diverse, it was so unique, there weren't just people with good voices, there were great people with personality that had star power," she says of last year's hopefuls.

"And I'm gonna continue to look for that… because, of course it's a singing competition…but it's not, like, American Singer, she notes. "It's the Idol, and for the Idol factor, you've got to have have so many different things going for you."

But Lionel Richie says he believes the talent this season matches Katy's expectations.

"If you thought last year had talent, Oh. My. God!" he tells ABC Radio. "They came out of the woodwork!"

Lionel also says this season, the contestants are "bringing some of the greatest stories." And that's why he, Luke and Katy are content to, "just sit back and, instead of trying to be the show, let THEM be the show."