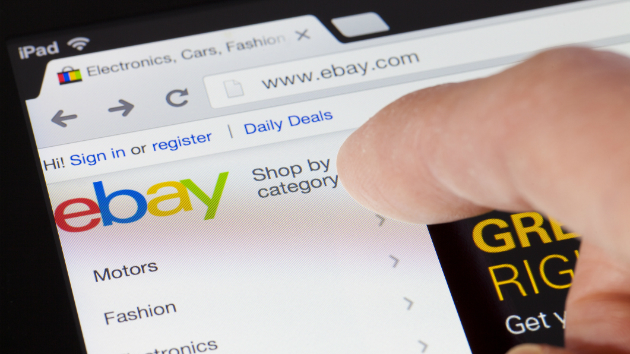 ymgerman/iStock(BERLIN) — When one family in the German city of Ahlen couldn't pay their debts, authorities made a dramatic decision: to sell their dog on eBay.
Authorities defended their decision to sell the pug, Edda, on the site for €750 ($850) after the family failed to pay debts to the city, including a dog tax.
Dirk Schlebes, the city's treasurer, said the seizure was legal and only happened after other nonessential household goods had been taken, according to German news wire DPA.
eBay is the country's preferred marketplace for buying and selling everything from clothing to home furnishings. The sale of animals on the platform is strongly condemned by animal welfare groups.

The pug was bought last December by police officer Michaela Jordan. Jordan told local paper The Ahlener Tageblatt she was initially skeptical of the sale, but the city assured her it was perfectly legal.
Now, Jordan is suing the city for what she describes as a fraudulent advertisement about the pug's condition. According to Jordan’s statement in The Ahlener Tageblatt newspaper, Edda had an eye infection and needed four operations, despite being advertised as healthy.
She is seeking compensation from the city for the purchase price, as well as €1,800 ($2,048) in treatments.
In a statement to ABC, German Animal Welfare Federation spokesperson Lea Schmitz spoke out against animal trade on internet platforms and called the authorities' decision to sell the family's pup "absurd," adding that it could have "painful" consequences for the pet.

"Animals are not objects, they are living beings and anchored in their families, in their homes," said Schmitz. "Dogs bind themselves particularly strong to their owners and often suffer when they lose their homes."
Copyright © 2019, ABC Radio. All rights reserved.