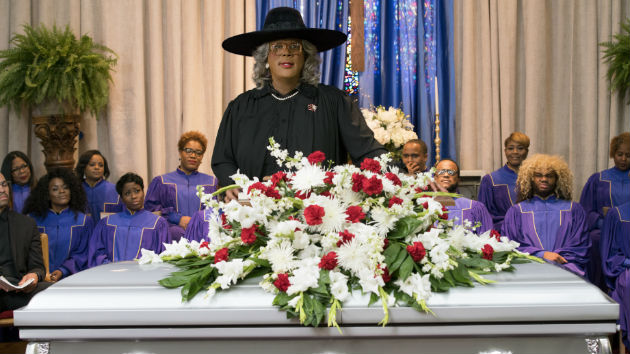 Photo Credit: Chip Bergman(NEW YORK) — It's the end of the road for Tyler Perry's no-nonsense, hilarious character Madea. With his last Madea franchise film hitting theaters today, two of A Madea Family Funeral cast members are weighing in on Perry's retirement of the outspoken grandma.

Patrice Lovely, who reprises her role as the silly, yet amazingly spry character of Hattie, says Perry told her years ago that he was looking to move on from his beloved character.

"But I didn't actually think it was really going to happen this soon," Lovely tells ABC Radio. "I thought maybe five, six years down the line, then he would retire mom. But, I was waiting for it. [I] just didn't know when he was going to make that big announcement."

She continues, "Now that he has– it's like a piece of your family member has died."

Her co-star Rome Flynn, who plays the newly engaged Jesse, agrees and adds it's unlikely that Perry will ever return to his long-standing role.

"He's a very, very smart guy. I think, one thing I take away from him, more so than anything else, is just his business acumen," Flynn says. "He's not really looking to anyone else to guide him and I respect that because I feel that way in a sense too. So, I don't know if he'll do another film. I think that he means what he says. I think this is the last one."

As far as the comedy, Lovely says fans should expect Perry's signature formula of plenty of laughs rooted in a very timely and important message.

"I think the fans will leave with; love yourself," she says. "Don't put nobody above your happiness. You make you happy."