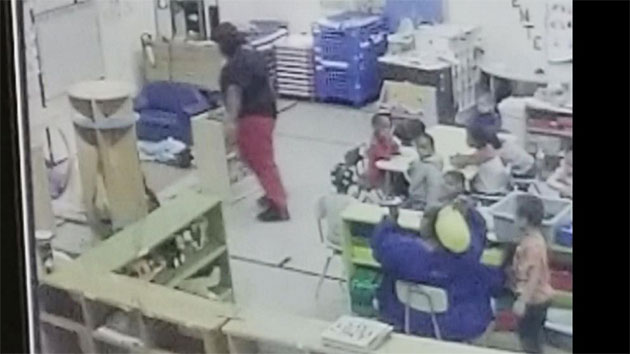 Courtesy Attorney Jennifer Hansen(ST. LOUIS) — Two former daycare workers were arrested and charged this week after they were caught on video injuring children — one of whom needed stitches after she was thrown headfirst into furniture.

Ariana Silver and Wilma Brown were charged with abuse of a child after video showed each of them in two separate incidents harming students at the Brighter Daycare and Preschool in Pine Lawn, just north of St. Louis.

The police discovered the video while investigating the incident involving Brown, said Sgt. Kevin Smith of the North County Police Cooperative on Wednesday. In that incident, authorities say Brown can be seen on camera throwing a 3-year-old girl across the room so hard that she hits her head on a cabinet, splitting it open.

Brown initially told the parents of the girl that she had fallen. However, her parents became suspicious after the girl’s second hospital visit, when they realized that something more serious appeared to have happened, Hansen told ABC News.

“After seeing this horrific video and videos from multiple cases in recent weeks, I am committed to doing everything I can to protect our children and grandchildren,” Missouri Gov. Mike Parson said in a statement to ABC News.

Both employees have been terminated from the daycare center, Smith and Hansen said.

Police arrested Silver on Thursday and took her into custody at the St. Louis County Intake Center, where she was being held on $50,000 cash-only bond.

Brown was arrested on Friday after an overnight search. She was found hiding in the basement closet of an “associate,” police said, adding that she was being transferred to the St. Louis County Intake Center.