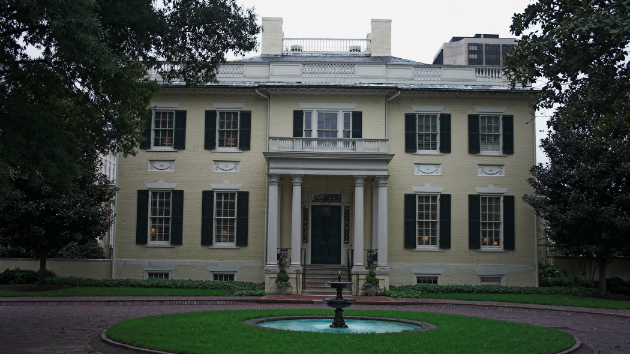 photohoo/iStock(RICHMOND, Va.) — Pam Northam, wife of embattled governor of Virginia, Ralph Northam, apologized on Wednesday after she allegedly gave out raw cotton during a tour of the governor’s mansion and asked black children to imagine being slaves who were forced to pick cotton.
"I regret that I have upset anyone," Pam Northam said in a statement obtained by ABC News Wednesday. "I believe it does a disservice to Virginians to omit the stories of the enslaved people who lived and worked there–that's why I have been engaged in an effort to thoughtfully and honestly share this important story since I arrived in Richmond."
The apology came after Leah Dozier Walker, an employee of the state's Department of Education, wrote a letter to lawmakers on Feb. 25, accusing the first lady of being racially insensitive. She said her eighth-grade daughter attended the tour and was visibly upset by the encounter.
"The Governor and Mrs. Northam have asked the residents of the Commonwealth to forgive them for their racially insensitive past actions," Walker said, according to the Washington Post, which obtained a copy of the letter.
"But the actions of Mrs. Northam, just last week, do not lead me to believe that this Governor's office has taken seriously the harm and hurt they have caused African Americans in Virginia or that they are deserving of our forgiveness," she added.
Northam’s office and one other parent of a child who was present said the first lady did not single out the African American students and simply handed out the cotton to a group, according to the Post.
"As the parent of a 2019 Virginia General Assembly page that had an unfathomable experience on the First Lady's mansion tour, my only interest is in protecting my child and ensuring that the pain she and others have endured does not linger and discourage," Walker told ABC News in a statement Wednesday night. "I am proud of my daughter's courage, strength, and persistence. Unfortunately, I also remain extremely disappointed in official responses that are as tone deaf and insensitive as the initial bad act."
Governor's office spokesperson Ofirah Yheskel told ABC News that she received a message from Walker and her daughter, but she did not confirm the details of the letter.
Pam Northam did not address the incident directly in her statement, but she highlighted the importance of historical artifacts during the tours.
"I have provided the same educational tour to Executive Mansion visitors over the last few months and used a variety of artifacts and agricultural crops with the intention of illustrating a painful period of Virginia history," her statement said. "I am still committed to chronicling the important history of the Historic Kitchen, and will continue to engage historians and experts on the best way to do so in the future."
The controversy comes amid widespread calls for Gov. Northam's resignation, sparked by an image in his medical school yearbook that showed two people, one in a Ku Klux Klan robe and another in blackface, under the governor's name. The Democratic governor said he considered resigning in the wake of the blackface scandal, but said he's "not going anywhere."
Northam initially apologized for the photo, but later denied being in the picture.
"Earlier today, a website published a photograph of me from my 1984 medical school yearbook in a costume that is clearly racist and offensive," Gov. Northam said in a statement earlier this month. "I am deeply sorry for the decision I made to appear as I did in this photo and for the hurt that decision caused then and now."
"I recognize that it will take time and serious effort to heal the damage this conduct has caused. I am ready to do that important work. The first step is to offer my sincerest apology and to state my absolute commitment to living up to the expectations Virginians set for me when they elected me to be their Governor," he added.
Copyright © 2019, ABC Radio. All rights reserved.