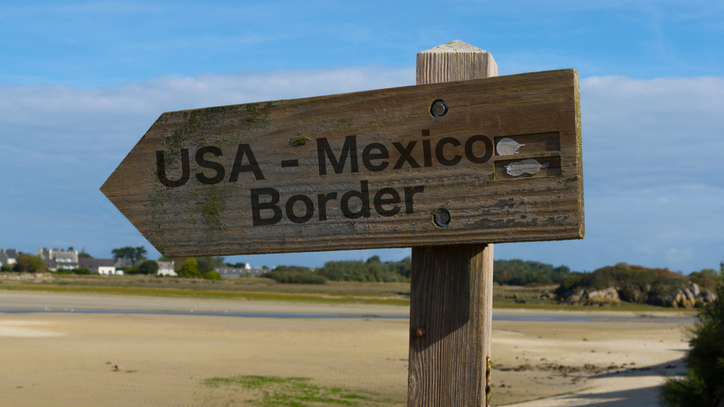 Stadtratte/iStock(WASHINGTON) — President Donald Trump's national emergency declaration to build the border wall is on the cusp of being terminated by Congress as a number of Republicans on Capitol Hill are growing increasingly uneasy with the move.
At least a dozen Republicans have signaled they are unhappy with the president's decision to go the route of a national emergency.
Many Republicans have expressed their concerns about the president’s ability, under the declaration, to move funds that have already been appropriated by Congress. They've also said they are concerned about the precedent it could send should a Democrat become president.
And now the Senate will soon consider a resolution of disapproval to terminate the declaration.
A group of bipartisan senators – Susan Collins of Maine, Jeanne Shaheen of New Hampshire, Lisa Murkowski of Alaska, and Tom Udall of New Mexico – introduced the Senate’s version of the legislation Thursday on the Senate floor.
“Let me be clear: the question before us is not whether to support or oppose the wall. It is not whether to support or oppose President Trump. Rather it is this: do we want the executive branch now or in the future to hold the power that the founders deliberately entrusted to Congress?” Collins said on the Senate floor.
Collins, who is up for re-election in 2020 and has bucked Trump in the past, joins Murkowski and GOP Sen. Thom Tillis of North Carolina in supporting the resolution. All 47 Democrats are expected to support the resolution.
Tennessee's Lamar Alexander, another Republican, signaled on Thursday he is likely to back the resolution.
Should he become the fourth Republican to support the resolution, the Senate will have a simple majority – 51 senators – to send the resolution to the president's desk in an astonishing rebuke to the president.
Alexander said that already has Congressional funding authority to build the wall he wants on the southern border without resorting to a “dangerous national emergency precedent.”
In an address on the Senate floor, he urged the president to ask his lawyers to “take a second look” at existing funding authorities that don’t require a national emergency.
“I support what the president wants to do on border security, but not the way he has been advised to do it. It is unnecessary and unwise to turn a border crisis into a constitutional crisis about separation of powers when the president already has congressional funding authority to build the 234 miles of border wall that he requested in his January 6 letter to the Senate,” Alexander said.
Trump declared a national emergency at the southern border on Feb. 15, taking executive action to obtain billions of dollars for his border wall on top of $1.4 billion Congress sent him earlier this month for border fencing.
"We do have an emergency," Trump told a gathering of governors at the White House on Monday. "We have an emergency of people pouring into our country that we don't want — criminals, smugglers. We have drugs pouring into our country. We can't have it."
The House passed its version of the resolution earlier this week. The bill passed 245-182, with just 13 Republicans joining 232 Democrats to approve the measure.
The Senate is expected the considered the measure in the coming weeks, setting up another showdown with Trump.
The president has made clear he will veto the resolution and it is highly unlikely Congress has the votes to override his veto.

Sen. Kamala Harris calls Trump’s attacks ‘childish’ on ‘The View’
How Trump’s team spent most of the $1.6 billion it raised over 2 years
‘He shot himself in the foot’: Seniors repelled by Trump’s pandemic response
Senior citizens, key to Trump’s 2016 victory, now far from a sure group for president
How will Biden deal with Trump’s personal attacks at Thursday’s debate?
Trump’s Operation Warp Speed adviser: All Americans could be immunized with COVID vaccine by June