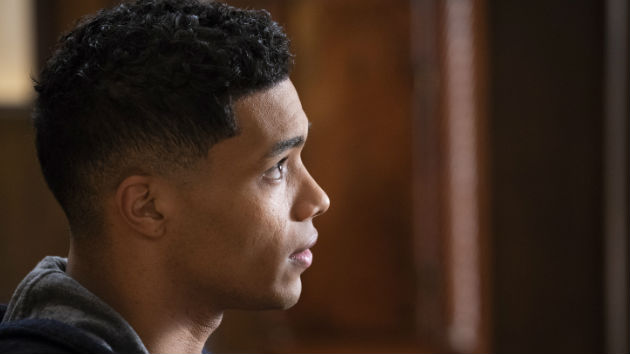 ABC/Eric McCandless(NEW YORK) — Ahead of the explosive season five finale of How to Get Away with Murder, Rome Flynn, who plays law student Gabriel Maddox on the ABC drama, is weighing in on what fans might expect tonight.

Flynn says that even as his character searches to find answers on how his father actually died, Gabriel is also "still finding out a lot about himself." The actor also says that it was during those tense, dramatic scenes where Gabriel confronts Viola Davis' character Annalise Keating about his father's death, that he really had to dig deep as an actor.

"I mean, those scenes with her– any scene with her is great," Flynn tells ABC Radio. "But to be able to kind of go toe-to-toe with her was… It just made me a better actor."

While it's likely that fans will get to see more of Gabriel and Annalise's confrontation, Flynn says it's unlikely that the everyone's burning questions will be answered.

"We all kind of know that… we get more questions than answers," he says. "That's just kind of how the show is. And I think that's why people are so drawn to it. I think the suspense factor. They just do so well with that."

Of course, the former soap star knows exactly what makes a good drama and says tonight will be no different, teasing with a major cliffhanger ahead.

"You really do hang on at the end of every episode," he says. "[But] I say the last 10 minutes of this show is like the most important. It's like when everything like hits the fan. Everything happens sort of in the last ten to five minutes."

How to Get Away With Murder season five finale airs tonight at 10 p.m. ET on ABC.