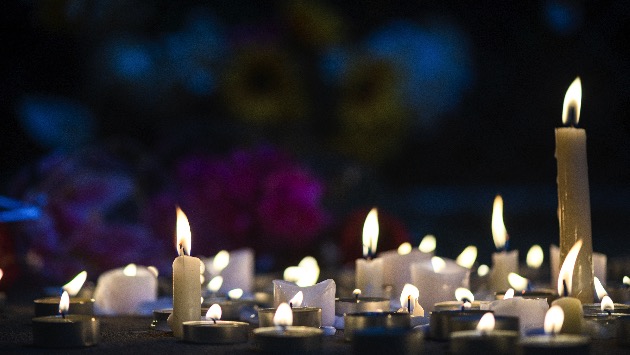 cmannphoto/iStock(MORRISVILLE, Pa.) — Students, community members as well as the local police chief came together at a Pennsylvania church to mourn five slain family members — including three children — whose bodies were found dead in their Morrisville apartment on Monday.
Wednesday night's community prayer vigil at the Morrisville United Methodist Church was an "opportunity for the community to all come together and share their grief together and say 'we are one,'" Pastor Wendy Bellis told ABC News Thursday. "Nobody is by themselves."
The victims were Jamilla Campbell, 42; Campbell's 9-year-old twin daughters, Imani and Erika Allen; Campbell's niece, Naa’Irah Smith, 25; and Campbell's nephew Damon Decree Jr., 13.
The accused killers are Campbell's sister, Shana Decree, 45, and Shana Decree's daughter, Dominique Decree, 19, the Bucks County District Attorney's Office said. Shana Decree is the mother of Damon Decree Jr. and Naa'Irah Smith.
Students were among those at Wednesday's service. "It's difficult to see our kids in so much pain and having to work through things they shouldn't have to work through at their age," Bellis said.
But the students were "completely enveloped by the community, loved and supported," and given "a very safe place to share their grief," she said.
Morrisville's police chief, who has been "very supportive," was also at the service, Bellis said. When a pastor acknowledged he was there, the congregation applauded, she said.
"That's how we're going to move forward," Bellis said. "Being in solidarity together is what every community needs and certainly what we need during this time."
As mourners hugged and cried, each victim's name was read followed by a moment of silence, according to the Bucks County Courier Times.
Jason Harris, superintendent of the district where victim Damion Decree Jr. went to school, said the 13-year-old "made me smile."
"I knew him personally. He had a close group of friends — they're really hurting," Harris told ABC News on Wednesday.
The district is bringing in counselors and therapy dogs to help grieving students and staff, he said.
Shana Decree and Dominique Decree each face five counts of criminal homicide and one count of conspiracy to commit criminal homicide, prosecutors said.
A motive is unclear, Bucks County District Attorney Matthew Weintraub told reporters Tuesday.
Shana Decree and Dominique Decree were both arraigned Tuesday and held without bail, prosecutors said.
It was not immediately clear if either suspect had an attorney.
Copyright © 2019, ABC Radio. All rights reserved.