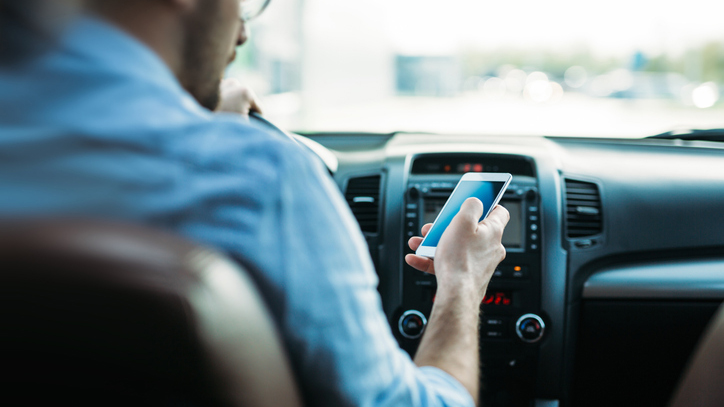 nd3000/iStock(NEW YORK) — The number of pedestrian deaths spiked to a 28-year high in 2018 amid an increasing number of larger vehicles and distracted drivers on our nation's roadways, according to a new projection Thursday from a highway safety group.
The report from the Governor's Highway Safety Association, a non-profit representing all 50 state highway safety offices, says more than 6,200 pedestrians were likely killed on U.S. roads last year. That would be a 28-year high after that number dipped to about 4,100 in 2009.
Researchers at the safety group are concerned that increasingly distracted drivers are leading to more collisions and larger cars, like SUVs, making them deadlier.
"While advancements in motor vehicle safety and technology have increased survivability for vehicle occupants involved in crashes, pedestrians remain just as susceptible to sustaining serious or fatal injuries when struck by a motor vehicle," a statement from the group said.
GHSA’s annual “Spotlight on Highway Safety” projects state and national trends in pedestrian traffic deaths, based on preliminary data provided by highway safety offices in all 50 states and the District of Columbia, according to the report.
In addition to inattentive drivers and heavier vehicles, researchers said a recent 4 percent increase in Americans walking to work creates more opportunities for accidents, but 90 percent of the increase in deaths reported since 2009 were nighttime crashes.
“Crossing the street should not be a death sentence,” said report author Richard Retting.
"Critical improvements to road and vehicle design are being made, but take significant time and resources to implement. It is also important to conduct law enforcement and safety education campaigns now to ensure drivers and pedestrians can safely coexist."
The number of sport utility vehicles involved in these deadly collisions has increased by 50 percent since 2013, according to the report, while the number of non-SUVs increased by 30 percent.
"Although passenger cars still account for the majority of pedestrian deaths, SUVs – which generally cause more severe pedestrian injuries – make up an increasingly large percentage of registered vehicles," the GHSA statement said.
The report projects pedestrians will account for 16 percent of all traffic deaths in 2018, compared to 12 percent in 2008.
The report says improvements to infrastructure around roads, increased driver education and doubling-down on enforcement could mitigate the increase in deaths while more people take to America's roads every year.