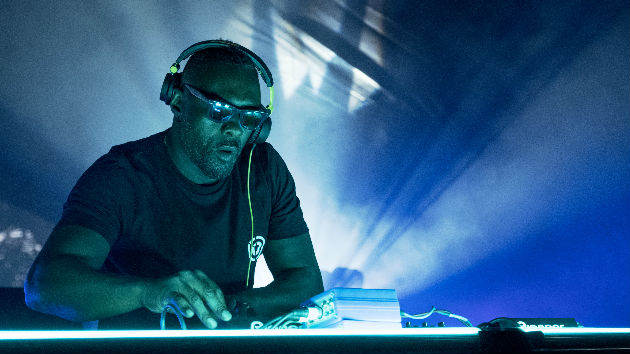 The eight-episode comedy, also executive-produced by the British actor, stars Elba as Charlie– a struggling DJ and longtime bachelor who reluctantly takes a job as a male nanny in an effort to help his career. Unfortunately for Charlie, his best friend's daughter happens to be a real problem child.

"A Nanny? You want me to be a nanny," the party boy asks incredulously of his famous best friend.

Elba's portrayal of a DJ could be described as art imitating life, as the Emmy-nominated Luther star actually started his career behind the turntables before branching out into film and TV. During his early DJ days, Elba went under the stage names of DJ Big Driis and Big Driis the Londoner, and served as a DJ in various nightclubs.

And he's not rusty, either: Idris recently served as a deejay for none other than Prince Harry and Meghan Markle at their royal wedding.

Fans will soon be able to see Elba's real-life DJ skills for themselves, at this year's Coachella festival in April.

Until then, Elba shows off his amazing talents in Turn Up Charlie, which launches globally on March 15.

Biden to unveil COVID-focused ad during World Series featuring Arizona salon owner: ‘I’m afraid of dying’
Wunmi Mosaku would “run for the hills” if she were actually in her Netflix horror movie ‘His House’
‘News of the World’ trailer shows Tom Hanks on an epic adventure
Netflix lifts curtain on dazzling ‘The Prom’ trailer
First trailer drops for Disney’s ‘Raya and the Last Dragon’
2020 early voting data shows record numbers across the nation