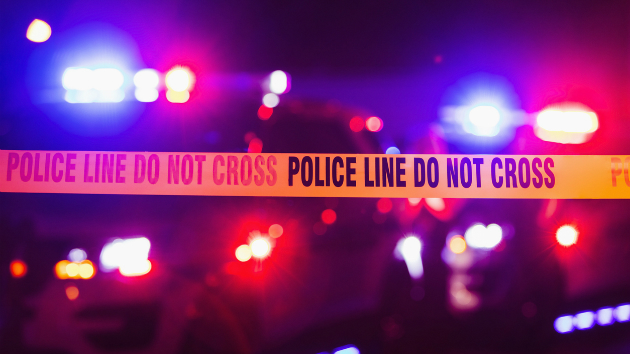 kali9/iStock(WEST PALM BEACH, Fla.) — A doctor is being hailed a hero for stopping a patient who opened fire in the emergency room of a veterans hospital in South Florida on Wednesday night.
The patient, a double-amputee, came to the West Palm Beach VA Medical Center in Riviera Beach for treatment but became combative with staff members and was taken to the emergency room. He pulled out a small handgun from his electric wheelchair and started firing as he was about to undergo a mental health evaluation around 6:20 p.m. local time.
The doctor was shot in the neck, and another hospital employee was grazed by a bullet, according to Justin Fleck, assistant special agent in charge at the FBI's Miami field office.
The wounded doctor, whom Fleck called "very brave," was able to jump on the patient in between fired rounds and disarm him before more shots were fired.
"I'm not going to release his name at this time, but he's doing well, and he did a heroic thing today," Fleck told reporters Wednesday night. "Probably saved a lot of lives."
The doctor was taken to a nearby hospital "for further treatment and evaluation and is in stable condition," according to a spokesperson for the U.S. Department of Veterans Affairs.
"No one else was harmed and the suspect is in law enforcement custody," the spokesperson told ABC News in a statement Wednesday night. "The facility is secure and will remain operational for scheduled appointments and procedures tomorrow."
The suspect, 59-year-old Larry Ray Bon, is from Michigan but recently was living in the West Palm Beach area, according to Fleck. It's unclear whether Bon, missing both legs from the knee down, is a veteran.
"We believe he may be homeless here in the area," Fleck told reporters. "If anybody is familiar with him and can provide us any information about where he might be staying at, or some associates that could help us paint the picture of who he is, we'd appreciate a call into the FBI."