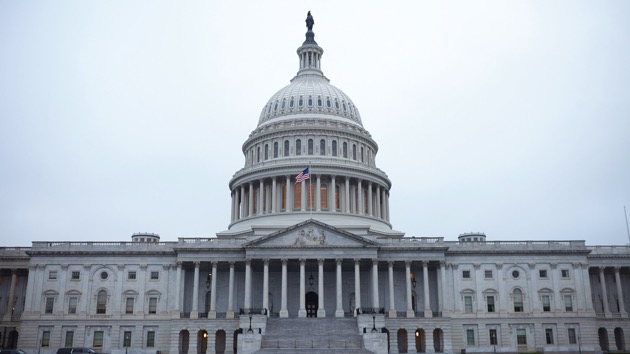 Luka Banda/iStock(WASHINGTON) — The top Democrat on the committee that oversees government operations wants the receipts for government travel by top administration officials during the historic shutdown earlier this year.
Homeland Security and Governmental Affairs Committee ranking member Sen. Gary Peters, D-Mich., says he "remains concerned that a culture of wasteful spending persists" in the administration and wants to know how much taxpayer money was used to pay for trips or the cost of canceling travel during the shutdown.
"Given this Administration’s record of wasteful travel spending, I am concerned about the extent of travel at taxpayer expense during the government shutdown, and whether funds were being used appropriately," he wrote in a letter to Office of Management and Budget Director Mick Mulvaney.
Peters wants information on how much the government paid in fees or lost from canceling travel during the shutdown, including the president's canceled trip to the Davos Economic Forum in Switzerland. He's also asking for justification for new trips scheduled during the shutdown, like the White House retreat to Camp David during the first week of January.
Congressional travel also became a political football during the shutdown.
The White House abruptly blocked Speaker Nancy Pelosi's planned trip to Afghanistan after she suggested the State of the Union be postponed until the shutdown ended.
Multiple members of the presidents' cabinet have been criticized for expensive travel and some officials like former Health and Human Services Secretary Tom Price and former EPA Administrator Scott Pruitt resigned after scrutiny of travel spending, among other things.
Other officials like former Interior Secretary Ryan Zinke were cleared by internal probes, or investigations were dropped after they left office.
Peters will ask 11 government agencies, including the White House, to explain how travel decisions were made during the shutdown, justification for those trips, and the cost of new or canceled travel during the 35 days the government was closed.
Copyright © 2019, ABC Radio. All rights reserved.