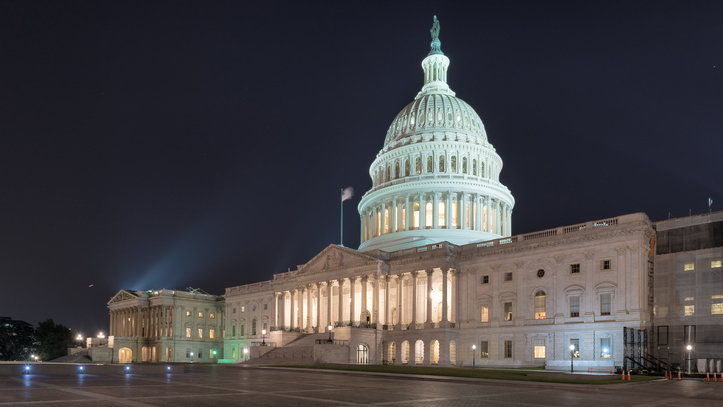 lucky-photographer/iStock(WASHINGTON) — Michael Cohen ended his week on Capitol Hill Thursday with another marathon hearing behind closed doors — this time, before the House Intelligence Committee, and afterward, the Democratic chairman, Rep. Adam Schiff of California, called the session "very productive" and said Cohen would be returning next Wednesday, March 6.
“I am committed to telling the truth and I will be back on March 6th to finish up,” Cohen told reporters as he left after more than seven hours answering questions.
Schiff also announced that Russian-born businessman and longtime Trump associate Felix Sater would testify at an open hearing of the committee on March 14. Sater was once involved in the proposed plan to build a “Trump Tower Moscow” during the 2016 presidential campaign, along with his childhood friend Cohen, Trump's former attorney.
Cohen testified Wednesday that he had previously lied to Congress in 2017 when he denied that he and Trump were pursuing the business deal in Moscow during the presidential campaign — something Trump had denied as well.
Other Democrats, meanwhile, were reviewing all of Cohen's high-profile public testimony Wednesday to determine their next moves, which could include calling and questioning Trump Organization officials and the president's children.
"I’ll be studying the transcripts but we’ve now got a number of avenues we’ll be going down. We learned some new information yesterday," House Oversight Committee Chairman Elijah Cummings, D-Md., told reporters.
Cummings, who said his committee would spend more time probing the hush money payments made by Cohen on Trump's behalf to silence women who have accused Trump of affairs, which he's denied, ahead of the presidential election.
Cummings said anyone mentioned in the Wednesday hearing with Cohen would "have a good chance of hearing from us."
That includes Donald Trump Jr., and Trump Organization CFO Allan Weiselberg, who Cohen said participated in the hush money scheme to silence adult film actress and director Stormy Daniels, who alleged an affair with Trump that the president denies. Democrats also expressed interest in questioning Ivanka Trump, given her work within the Trump Organization.
"What we did yesterday was we gathered a lot of information," Cummings said Thursday. "We may not look into it on our committee, but one of the five or six committees will. And that’s one of the things we have to discuss to figure out," he said.
Cohen also said he had knowledge of another "wrongdoing or legal act" from Trump, but told lawmakers on the House Oversight Committee he could not discuss the matter, citing the ongoing investigation by federal prosecutors in the Southern District of New York.
Cohen, Trump's former lawyer, raised new questions when he said he's in "constant contact" with the Southern District regarding ongoing investigations.
Lawmakers also planned to question him about the 2016 Trump Tower meeting in New York between Trump campaign officials and a Russian lawyer who promised dirt on Hillary Clinton, along with other matters related to special counsel Robert Mueller's probe.
"Our interest goes deeper into things that he can talk about underground but not in front of cameras," Rep. Eric Swalwell, D-Calif., said Thursday.
Sources in the Thursday Intelligence Committee hearing said the closed-door meeting had been heated and "tense" at times between Republicans and Democrats, who have sparred over the nature of the committee's Russia probe for more than a year.
Republicans spent Wednesday criticizing Cohen's credibility as a witness, given his previous lies to Congress. They also accused Democrats of using Cohen to jump-start an impeachment effort against Trump.
While Cummings said after Wednesday's hearing that, based on some of the allegations Cohen made, it "appears" Trump committed a crime while in office, he also pointed out that no Democrats mentioned impeachment in Wednesday's hearing with Cohen.
Asked about impeachment on Thursday, House Speaker Nancy Pelosi maintained that Democrats still plan to review the results of special counsel Robert Mueller's investigation.
"Impeachment is a divisive issue in our country and let us see what the facts are, what the law is in and what the behavior is of the president," she said.

Airstrike in Syria faces pushback from Democrats
Michael Cudlitz on getting to know his character, and escaping COVID, with ‘Clarice’
Vivek Murthy to talk about his own family lost to the pandemic in nomination hearing
Michael B. Jordan admits Chadwick Boseman’s death is what “made me cry the most this year”
Senate holds first public hearing into Capitol assault security failures
Senate to hold first public hearing on Capitol insurrection