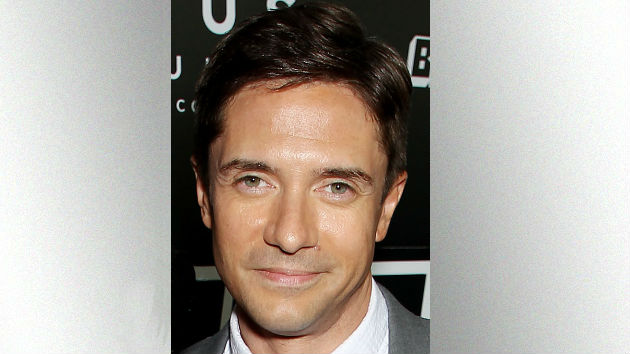 Photo Credit: Marion Curtis/StarPix for Focus Features(LOS ANGELES) — While BlacKkKlansman was scoring at the Oscars this past weekend, co-star Topher Grace was busy: The former That 70s Show star was apparently putting the finishing touches on a super-sized Star Wars trailer.

Grace, who in 2012 lovingly edited all three Star Wars prequels together and screened it as one 85-minute long film, teamed up with Jeff Yorkes to create a trailer of EVERY live-action film from that galaxy far, far away.

Called Star Wars Always, the supercut includes not just the original trilogy of movies, but also the three prequels, plus J.J. Abrams' The Force Awakens, Rian Johnson's The Last Jedi, plus both Star Wars Story films: Rogue One and Solo.

By expertly stitching together dialog and even some deleted scenes from across all 10 films, Grace and Yorkes tell the full Skywalker Saga in a package that runs just over 5 minutes.

Of course, they'll have to do it all over again this December, when Star Wars: Episode IX comes out from Lucasfilm — which, like ABC News, is owned by parent company Disney.

Mariska Hargitay says it was “life-changing” when she met ‘SVU’ co star Chris Meloni for the first time
A third stimulus check could be coming. Here’s what Americans did with the others
Scoreboard roundup — 2/24/21
“I didn’t have a problem with the way we were doing it” — ‘Simpsons’ creator Matt Groening responds to racial casting flap
Disney+ announces release dates for ‘Star Wars: The Bad Batch’, ‘Loki’, and more
Marvel movie baddie Frank Grillo on his work ethic, and his “crazy, real” movie ‘Body Brokers’