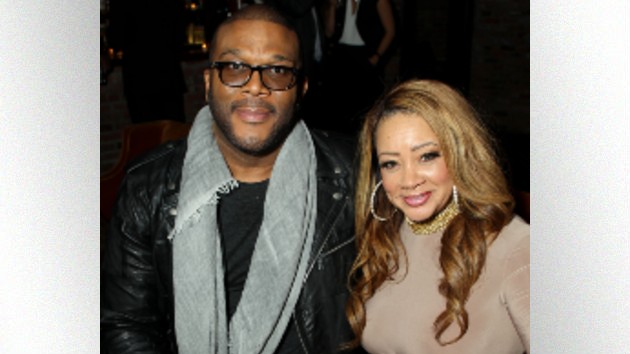 Marion Curtis(NEW YORK) — Patrice Lovely is ready for fans to see her reprise her hilarious role as Hattie in the upcoming Tyler Perry film A Madea Family Funeral.

For many fans of Perry's Madea film franchise, Hattie has become a staple character. In addition to being one of Madea's best friends, the spry elderly woman is known to offer outrageous commentary with a much-needed dose of honesty. Lovely tells ABC Radio that although Perry created her character, the director definitely allows her to make Hattie her own.

"It is scripted," Lovely says. "But then, he allows me to play. He allows me to just create in the moment. And um, maybe Cassi [Davis] probably," she adds. "[We're] the only ones he allowed to just venture off a little bit."

Lovely says Perry — who this time around takes on more characters to portray — thrives on "creative" energy.

"Because, you know, how creative he is with all of these different characters," she says. "With all this dialogue. We're just as creative. And he just wants everything to just…be as big as possible. Whatever you can do to bring the funny, he allows us to play."

Debate rages over whether race had role in police response to Capitol riot
Family of boy who died in Texas deep freeze files $100M suit against power companies
Family farm brings calves into the kitchen with South hit by record cold
Prince Harry, Duchess Meghan not returning as working members of royal family
Matthew McConaughey insists rumors that he rejected leading role in ‘Titanic’ are “not factual”
Kamala Harris slowly starts to carve out role beyond ‘making sure Joe Biden is a success’