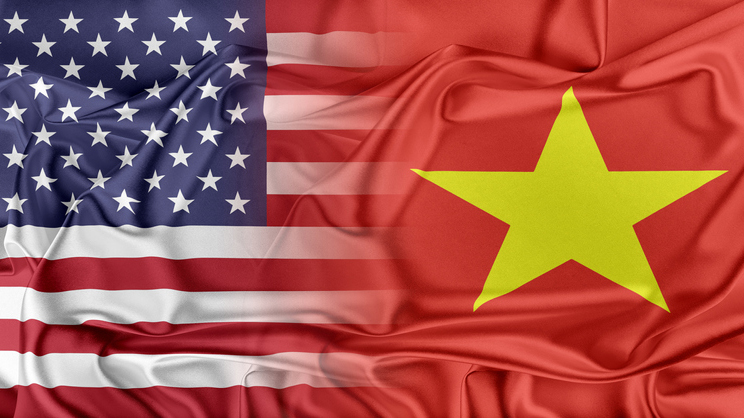 TanyaRozhnovskaya/iStock(WASHINGTON) — With President Donald Trump in Vietnam this week, advocates are continuing calls for his administration to fully reverse moves to deport refugees who came to the U.S. in the wake of the Vietnam War.
The issue has left many in a state of uncertainty over the possibility of deportation and lawmakers joined activists on Capitol Hill Wednesday calling on the administration to stop what they call a targeting of Asian American immigrants.
“The administration is clearly trying to deport as many immigrants as possible,” Democratic Rep. Judy Chu of California told ABC News.
The issue centers on the Trump administration’s reconsideration of a 2008 bilateral agreement between American and Vietnam that effectively stopped deportation orders for Vietnamese nationals who arrived in the U.S. prior to 1995.
Immigration court removal orders for Vietnamese nationals steadily declined throughout most of the Obama administration and have leveled off in recent years.
A lawsuit from the nonprofit advocacy group Asian Americans Advancing Justice revealed the administration's wavering posture last year.
The court challenge, brought against the Department of Homeland Security, relies in part on a 2001 Supreme Court ruling that prevents extended detention for immigrants whose country of origin will not accept their return.
“It’s part of a larger practice and pattern that we have seen with this administration," said Phi Nguyen, one of the lawyers who brought the class action lawsuit. "There’s a lot of, I think, abuse of power.”
In court documents from April of last year, an Immigration and Customs Enforcement official acknowledged the agency’s efforts to remove Vietnamese nationals who had previous orders of removal.
But in September, the same official said senior ICE officials had met with the Vietnamese government and determined they could not carry out the removals.
“ICE has no arrests policy specific to particular nationalities,” ICE spokesperson Brendan Raedy said in response to questions from ABC News. “ICE remains committed to directing its enforcement resources to those aliens posing the greatest risk to the safety and security of the United States.”
Concern over deportation orders has prompted action from within Vietnamese communities across the country. In recent months, Vietnamese Americans rallied in Seattle, New Orleans and Orange County, California.
“Our families came to America as war-torn refugees, after narrowly escaping the horrors of the Vietnam War,” said Matt Nguyen, a local community activist who participated in the Orange County rally and formerly worked on refugee rights for the U.S. State Department. “Trump’s new policy reopens old wounds and inflicts incredible pain on our community,” he said.
The Vietnam embassy in Washington did not immediately respond to requests for comment.
The continuing battles pose additional strain for Trump's Republican Party after the traditionally conservative voting patterns of the Vietnamese American community were disrupted in the 2018 midterm elections.