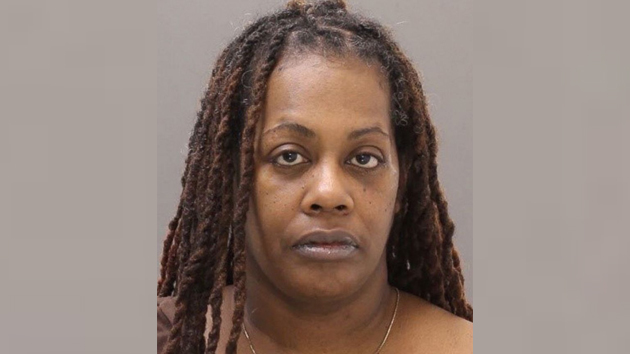 Bucks County District Attorney's Office(MORRISVILLE, Pa.) — A North Carolina man is speaking out after his son was killed, allegedly by his own daughter and estranged wife.
Shana Decree, 45, and her daughter, Dominique Decree, 19, allegedly killed five of their relatives whose bodies were found in the Decrees' Morrisville, Pennsylvania, apartment Monday, the Bucks County District Attorney's Office said.
They are accused of killing Shana Decree's children Naa’Irah Smith, 25, and Damon Decree Jr., 13, as well as Shana Decree's sister Jamilla Campbell, 42, and Campbell's 9-year-old twin daughters, Imani and Erika Allen, prosecutors said.
Damon Decree Sr. is the estranged husband of Shana Decree and the father of Dominique Decree and 13-year-old victim Damon Decree Jr.
"I want to see them in jail for the rest of their life," Damon Decree Sr. told ABC Raleigh station WTVD-TV of his wife and daughter.
Jason Harris, superintendent of the district where Damon Decree Sr.'s slain son, Damion Decree Jr., went to school, said the 13-year-old "made me smile."
"I knew him personally. He had a close group of friends — they're really hurting," Harris told ABC News.
The district is bringing in counselors and therapy dogs to help grieving students and staff, he said.
"We're helping our kids process their feelings in a healthy way," the superintendent said. "If a staff member or a student is not feeling well, they have an opportunity to talk to somebody … and process their feelings."
Damon Decree Sr. said he had been calling children's services and the police for the last month to respond to the Morrisville home.
"We've been calling and checking and doing everything we needed to do," Damon Decree Sr. told WTVD-TV. "Every time they went, from my perspective at least, they said the kids were safe and it's nothing we could do."
A Bucks County District Attorney spokesperson told ABC News he had no comment on the father's claim that police had been called to the home.
Bucks County Children and Youth workers had responded to the apartment Monday, but there was no response at the door, court documents said. A caseworker contacted an apartment complex maintenance worker who went inside the home and found the victims, the document said.
Shana Decree and Dominique Decree each face five counts of criminal homicide and one count of conspiracy to commit criminal homicide, prosecutors said.
They were both arraigned Tuesday and held without bail, prosecutors said.
Shana Decree allegedly "told police that everyone at the apartment, including the nine-year-olds and the thirteen-year-old, wanted to die," according to court documents. "Shana advised that all, including the children, were talking about suicide."
A motive is unclear, Bucks County District Attorney Matthew Weintraub told reporters Tuesday.
"We're working on some theories, but it wouldn't be fair for me to speculate," Weintraub said.
Weintraub also said he would not comment on potentially incriminating statements.
Both suspects have preliminary hearings set for March 5. No attorneys are listed for either suspect.

Carrie Fisher’s daughter Billie Lourd pays tribute to her on what would have been her 64th birthday
‘Protect Breonna, protect myself’: Breonna Taylor’s boyfriend recounts night she was killed
Election 2020 live updates: Man charged for making threats to kill, kidnap Biden and Harris
Rumer Willis reveals she lost her virginity to a man that “took advantage” of her
Robert Redford’s son dies of cancer at age 58
Rescued hiker was ‘disoriented’ after injuring head, says daughter