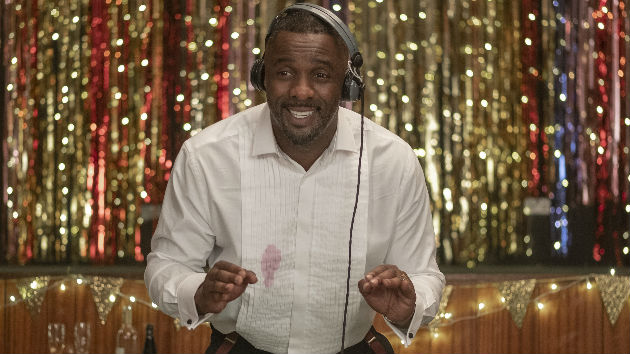 Nick Wall/Netflix(LONDON) — Idris Elba is letting fans know he's man of many talents, both on and off the screen.

Elba, who actually started his career behind the turntables before branching out into film and TV, is also showing that he can hold his own as a rapper.

Boasty, which was released in January, features UK rappers Wiley, Stefflon Don, and dancehall artist Sean Paul. In the song, Elba uses Jamaican patois to show off his emcee skills.

For those unfamiliar with patois, Boasty loosely translates to one being excessively proud or braggadocios.

While this may be Elba's first major stab at rhyming, the actor is a vet when it comes to the turntables. He recently served as deejay for Prince Harry and Meghan Markle’s royal wedding. He is also scheduled to perform a set this year’s Coachella festival in April.

Of course, the Luther actor still has plenty of on-screen projects underway. He made his directorial debut with his film Yardie and will next star in the Netflix comedy Turn Up Charlie, where he will play a struggling DJ who reluctantly takes a job as a male nanny in hopes rebuilding his music career.

Turn Up Charlie launches on March 15 and Elba's "Boasty" video is expected to drop very soon.