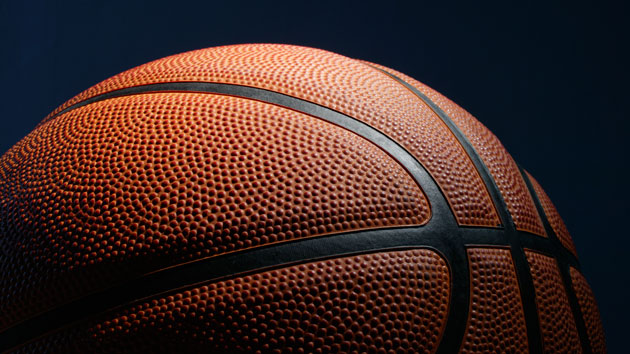 Gregor Schuster/Getty Images(PHOENIX) — Former NBA player Mike Bibby has been accused of sexual abuse and harassment by a teacher at an Arizona high school where he was coaching basketball.
Bibby had a 14-year career as a point guard for a number of professional basketball teams, including the Sacramento Kings, Atlanta Hawks, Miami Heat and New York Knicks, before retiring from the NBA in 2012. Since then, he has been coaching boys' basketball at his alma mater, Shadow Mountain High School in Phoenix.
Court documents obtained by ABC News show a current teacher there recently filed a restraining order against Bibby, which a municipal court granted last Friday. The injunction details the claims and cites an "ongoing police investigation" into alleged "sexual abuse and stalking."
The teacher alleges in the court document that, in February 2017, Bibby grabbed her and carried her into his car on school grounds, where he groped her body and rubbed his genitals against her as he said "sexually explicit things."
"I don't know this man personally," the teacher wrote in her request for the restraining order. "I was in shock, in fear, intimidated by his actions, afraid of him as he smelled of alcohol. I was able to get free from his hold and ran to the inset double doors to the building."
The teacher claims that, as she ran away, Bibby gestured to what she says was his erection and yelled to her over and over, "What are ya going to do about that?" She names two staff members who witnessed the alleged incident.
The teacher alleges Bibby passed her classroom door twice the next day and walked into her classroom uninvited the day after, leading her to believe he was "stalking" her. A day later, she claims she saw Bibby again standing outside her classroom and told him they needed to talk, according to the restraining order.
The teacher claims they sat and talked in her classroom alone, noting in the court document that she felt safe doing so because a colleague whom she had confided in about "the sexual abuse and stalking" was across the hall.
The teacher alleges she told Bibby he was "out of line" and that he had sexually abused her. She claims Bibby told her that he had been drinking that day and that he thinks she's a "beautiful and a nice person" and he wants to date her.
The teacher replied that she wasn't interested and told him to stay away, according to the restraining order.
Bibby asked the teacher if she was going to "tell," to which she replied "no," because she was thinking about the kids he coaches as well as his own children, according to the court document.
The teacher also claims that, in October 2018, Bibby came to her classroom door uninvited again after she had made it clear to stay away.
Bibby did not immediately respond to ABC News' request for comment Wednesday morning. It's unclear whether he has retained an attorney.
Earlier this month, the teacher told another colleague, in confidence, about everything that happened. That colleague then reported it to a student resource officer. The teacher filed a formal police report on Feb. 12, according to the restraining order.
The Phoenix Police Department is aware of the allegations against Bibby, according to spokesperson Sgt. Vincent Lewis.
"A report has been filed and investigators are looking into it," Lewis told ABC News in an email Wednesday. "No charges have been recommended against anyone in this case."
Paradise Valley Unified School District said it was notified on Feb. 14 that the Phoenix Police Department had opened an investigation into Bibby’s alleged sexual abuse and harassment of a Shadow Mountain High School staff member. The school district said it suspended an ongoing internal investigation into the claims at the request of the police department.
The school district said it will resume its internal probe at the conclusion of the police investigation.
On Monday, the school district received the court-ordered injunction against harassment referencing Bibby and subsequently notified him that he is no longer eligible to be a volunteer coach, pending the outcomes of the investigations.
"At PVSchools, our first priority is always the safety and well-being of our staff and students," Becky Kelbaugh, a spokesperson for Paradise Valley Unified School District, told ABC News in a statement Wednesday morning. "We take all allegations of misconduct very seriously and work in cooperation with law enforcement on all police matters."
"PVSchools will continue to fully cooperate with the Phoenix Police Department on the investigation and will provide the police with any support requested," Kelbaugh added. "As this is an ongoing police investigation, any additional questions about the case should be referred to the Phoenix Police Department."
Copyright © 2019, ABC Radio. All rights reserved.