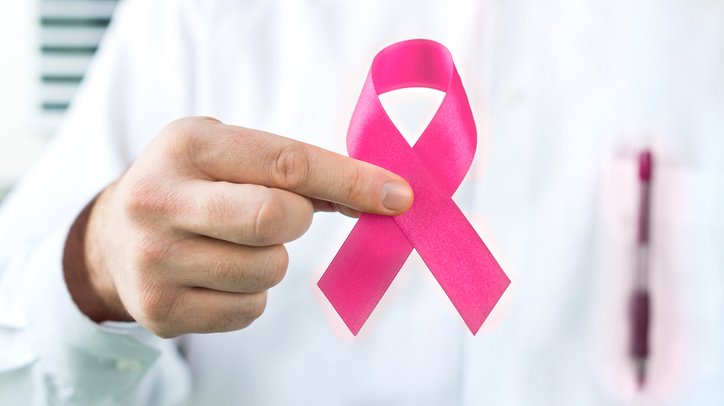 Tero Vesalainen/iStock(WASHINGTON) — The Food and Drug Administration has issued a warning letter to a thermography clinic that sells thermography machines and was recently featured in an ABC News report, according to a press release issued by the organization on Monday.
Thermography is a type of infrared screening used to detect blood flow within the body and is approved by the FDA, but only as an adjunct to a primary test, like mammography, which is considered by medical professionals to be the gold standard for screening for breast cancer.
The letter alleges that Total Thermal Imaging in La Mesa, California, which sells the machines as part of their Thermography Business Package, improperly marketed the thermography machines as a “sole screening device for breast cancer and other diseases.”
The FDA also says Total Thermal Imaging violated the FDA regulations by marketing the machines with advertising both online and in print brochures that says thermography is “an alternative to mammography” that is “far more efficient at detecting cancer.” According to the warning letter, marketing the thermography machines as a sole screening device is a “major change or modification in the intended use of the device” and requires premarket approval from the FDA.
“There is no valid scientific data to demonstrate that thermography devices, when used on their own or with another diagnostic test, are an effective screening tool for any medical condition including the early detection of breast cancer or other diseases and health conditions,” according to the FDA.
The FDA has told Total Thermal Imaging to “immediately cease” distributing the machines and has given them 15 business days to respond with details on how it will fix the alleged violations, or else the clinic could face enforcement action, including civil money penalties.
Last year, ABC News filmed Total Thermal Imaging’s president and co-owner Linda Hayes at a business expo. She told producers that “no one needs a mammogram” regardless of whether or not they undergo a thermal reading. A brochure encouraged customers to schedule a thermal scan, stating: “You can’t cure cancer until it is detected. Don’t wait!”
The warning letter also states that FDA inspectors observed “several significant deviations from the agency’s quality systems regulations,” including failure to establish appropriate procedures for processing complaints regarding the Thermography Business Package.

Breast cancer survivor shares cautionary tale of relying solely on thermography
Total Thermal Imaging also offers thermography services to the public. Morganne Delain visited their clinic after she found a lump in her breast in 2011. She said she was in denial about what it meant and went looking for a holistic solution.
Hayes and her partner Dr. Greg Melvin, a chiropractor, said they make it clear to patients that thermography is not meant to detect disease via a line at the bottom of the intake form: “The report will not tell me whether I have an illness, disease, or other condition.” However, Delain said she didn’t notice that in the fine print.
“They said they can detect disease, maybe in advance, before it even happens,” Delain said.
After Delain underwent a scan, Melvin analyzed her results. Her baseline report indicated she had a “mild to moderate risk of developing aggressive tissue.” Melvin recommended exercises, a cleanse, and that she came back in three months for a comparative scan — his protocol for new patients.
When Delain returned to Total Thermal Imaging four months later, her symptoms had grown dramatically worse. She refused another set of scans.
Unemployed and uninsured, Delain said it took her several more months to get an appointment for a mammogram, and then a biopsy, and then a diagnosis, which ended up being stage 3 breast cancer.
In an interview, ABC News showed Delain’s report from 2012 to Melvin. He said he did not remember Delain but that her report displayed “significant findings.”
When asked why he didn’t make an immediate referral with those findings, he said that they must wait three months to do a comparative scan to understand the results and noted that Delain did not undergo a second scan.
Delain is now cancer-free and has this advice for anyone who finds themselves in her situation: “Get a biopsy. It’s the only way.”
Doctors may not always perform a biopsy on a lump in the breast, depending on such factors as the woman’s age and other risk factors, but it is important to listen to your body when something feels wrong and to see a doctor and consider seeing a second to get an additional opinion.