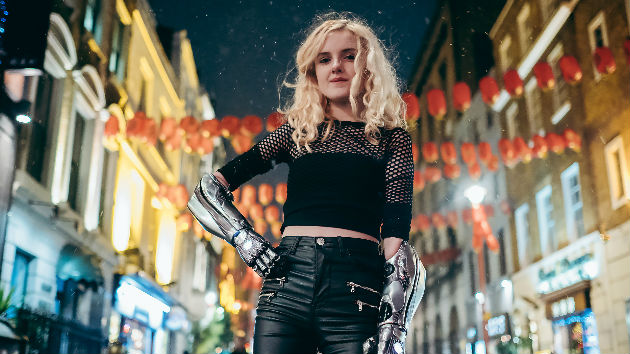 Tilley lost both her hands, and some of her toes, to disease when she was just a baby, but even as a double-amputee, she never let it hold her back. Thanks to simple prosthetic hands, she carried on as many little girls her age, even starring in make up tutorials on YouTube.

When producer Cameron got wind of Lockey's story, however, he wanted to do something special for her. In collaboration with a company called Open Bionics, the Oscar-winning producer and his Alita special effects crew created a pair of cutting-edge prosthetic arms and hands for Lockey.

The motorized bionic extremities are exact duplicates of the ones sported by the movie's main character…though we hope the cyborg soldier's punching power has been reduced for safety's sake.

In video from Open Bionics, producer Jon Landau can be seen presenting the sleek purple-and-silver arms to Lockey, and inviting her to the premiere. There, she posed with Alita's real-life alter-ego, Rosa Salazar, and posed on the red carpet for the paparazzi as if she's done it a million times.

Cameron explained that, like all amputees, Lockey will need expensive new arms as she grows. The design team has also created affordable Alita-inspired arm covers to give other kids who are amputees some heroic inspiration.