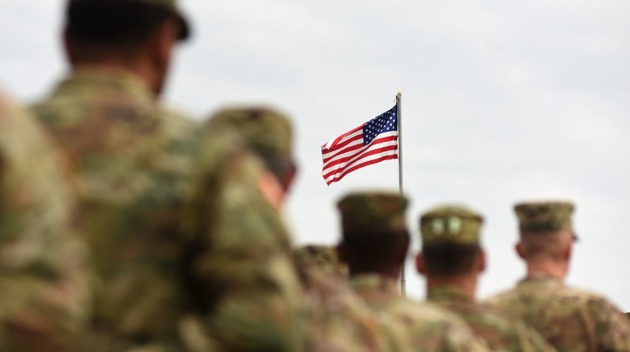 Bumblee_Dee/iStock(WASHINGTON) — Transgender service members and top Pentagon officials head to Capitol Hill on Wednesday to testify about the Trump administration's transgender service policy.
Navy Lt. Cmdr. Blake Dremann, Army Capt. Alivia Stehlik, Army Capt. Jennifer Peace, Army Staff Sgt. Patricia King, and Navy Petty Officer 3rd Class Akira Wyatt will be the first-ever active-duty transgender service members to testify before Congress.
Their appearance before the House Armed Services Subcommittee on Military Personnel comes one month after the Supreme Court granted the Trump administration's request to begin enforcing a ban — with some exceptions — on transgender military service members while legal appeals continue.
But the Pentagon has yet to enforce the ban because one nationwide injunction against it remains in place.
The ban was first set in motion in July 2017 when President Donald Trump tweeted that he would no longer "accept or allow" transgender individuals to serve in the military, prompting the Pentagon to scramble to revise its policy and triggering legal challenges from critics who called the move discriminatory and unconstitutional.
In the aftermath of the Supreme Court's decision last month, a Defense Department spokesperson said the Pentagon was consulting with the Department of Justice on its next steps with the litigation, but they "look forward to continuing to press our case in the courts."
In the statement, the spokesperson added, "Because it is critical that the department be permitted to formulate personnel policies that it determines are necessary to ensure the most lethal and combat effective fighting force in the world, the department welcomes the Supreme Court's action."
However, the four service chiefs of the Army, Navy, Air Force and Marine Corps have testified in Congress that the presence of transgender service members has had no effect on unit cohesion, discipline or morale.
Several of the service members testifying on Wednesday have deployed to war zones and served more than a decade in the military.
Dremann, who joined the Navy in 2006, is a supply officer who deployed for a year in Afghanistan.
King has served in the Army for 19 years, completing three tours of Afghanistan and becoming a vocal advocate for transgender service members.
Following the service members, James Stewart, performing the duties of Under Secretary of Defense for Personnel and Readiness, and Vice Adm. Raquel Bono, the director of the Defense Health Agency, will also testify.
Copyright © 2019, ABC Radio. All rights reserved.