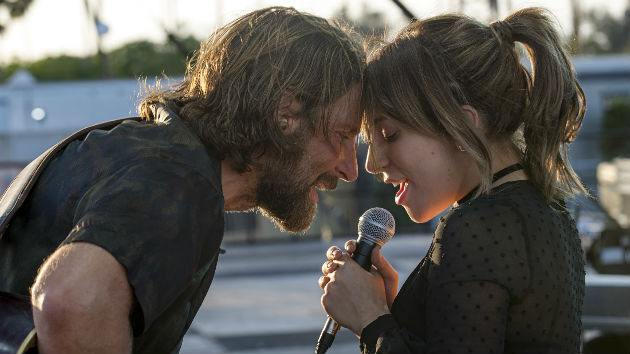 Fresh off Lady Gaga’s Oscar win for “Shallow,” Entertainment Weekly reports A Star Is Born will be returning to theaters with new music and additional scenes.

The film will be heading back to theaters for one week only starting Friday. It will feature 12 extra minutes of unreleased footage, including extended performances of the opening number “Black Eyes,” “Alibi,” and Gaga’s parking lot performance of “Shallow.”

It will also include a scene of Ally singing “Is That Alright?” to Bradley Cooper’s Jackson Maine during a wedding sequence, as well as Jackson in his studio singing “Too Far Gone.” A new, previously unreleased song called “Clover” will also be included in the theatrical re-release.

In a teaser clip of a new scene on EW, we see Ally and Jackson writing "Clover" together on an empty stage.

A Star Is Born first hit theaters last October. It was nominated for eight Oscars, including Best Picture. Gaga and her co-writers won the award for Best Original Song.

Mariska Hargitay says it was “life-changing” when she met ‘SVU’ co star Chris Meloni for the first time
Eddie Murphy shares the hilarious “original script” ideas for ‘Coming 2 America’
‘Frasier’ reboot and more coming to Paramount+
A third stimulus check could be coming. Here’s what Americans did with the others
Disney+ announces release dates for ‘Star Wars: The Bad Batch’, ‘Loki’, and more
‘Queer Eye’ star urges HIV-positive community to look up COVID-19 vaccine eligibility