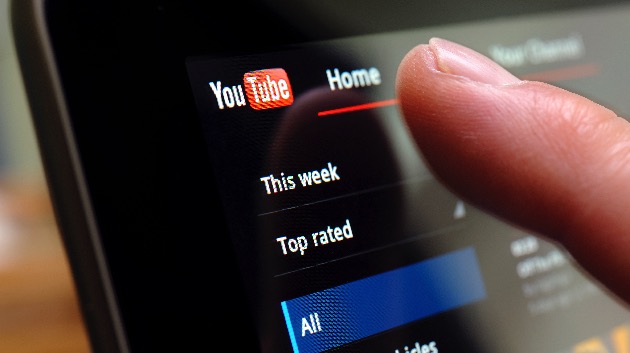 4kodiak/iStock(NEW YORK) — A parenting blog has gotten multiple videos removed from YouTube Kids after the videos allegedly gave children instructions on how to kill themselves.
Pediatrician and mother Dr. Free Hess expressed outrage on her parenting blog PediMom after a concerned mother found a video last year featuring an energetic cartoon character that would normally appeal to children except for when, about four minutes in, a man appears in the frame and demonstrates how to cut your wrists.
The mother, who remained anonymous, said she put on the video to distract her son as she took care of his nosebleed.
"It was a simple, innocent cartoon — until it happened," the mom wrote. "Four-minutes-and-forty-five seconds into the video, a man quickly walked onto the screen, held his arm out, and taught the children watching this video how to properly kill themselves."
The video was later removed from YouTube Kids, according to the blog.

Hess wrote this week that the PediMom Village was working to get another cartoon taken down from YouTube because it featured a similar clip midway through the video. As of Tuesday afternoon, the video was taken down.
In the deleted clip, a man wearing sunglasses says, "Remember kids: sideways for attention, longways for results," as he demonstrates cutting motions on his own arm.
He then says, "End it," before walking out of the frame, after which the cartoon resumes.
"Exposure to videos, photos, and other self-harm and suicidal promoting content is a huge problem that our children are facing today," Hess wrote. "Suicide is the SECOND leading cause of death in individuals between the ages of 10 and 34 and the numbers of children exhibiting some form of self-harm is growing rapidly."
Hess encouraged parents to educate themselves and their children, and to speak up when they see something that could be dangerous to children.
"We also need to fight to have the developers of social media platforms held responsible when they do not assure that age restrictions are followed and when they do not remove inappropriate and/or dangerous material when reported," she said.

#YouTube let’s find a better way to keep our #kids #safe. Lets assure that our kids can have a place to watch #safekidvids. #parents, tweet out #safekidvids to let them know what we need! pic.twitter.com/A8llNgitij

In a statement to ABC News, a YouTube spokesperson said the company works "to ensure the videos in YouTube Kids are family-friendly and take feedback very seriously."
"We appreciate people drawing problematic content to our attention, and make it possible for anyone to flag a video," the statement read. "Flagged videos are manually reviewed 24/7 and any videos that don't belong in the app are removed. We’ve also been investing in new controls for parents including the ability to hand pick videos and channels in the app. We are making constant improvements to our systems and recognize there’s more work to do."
Copyright © 2019, ABC Radio. All rights reserved.