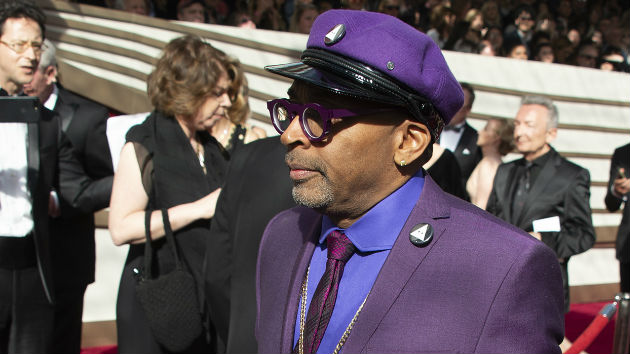 ABC/Eric McCandless(LOS ANGELES) — After President Donald Trump called Spike Lee's Oscar speech a “racist hit” that was aimed at him, Lee says he's not all bothered by the president's harsh words.

“They did the same thing with the African-American players who were kneeling, trying to make it into an anti-American thing, an anti-patriotic thing, and an anti-military thing," he said. "But no one’s going for that.”

During his Oscars speech on Sunday night, Lee didn't actually mention Trump's name, but encouraged people to make a difference during the 2020 presidential election.

“Let’s all mobilize. Let’s all be on the right side of history," he said. "Make the moral choice between love versus hate, Let’s do the right thing!”

Although Spike didn't mention any names, Trump took to Twitter to air out his frustrations against the Oscar winner, claiming that he has "done more for African Americans…than almost any other Pres!"

While Trump appears to have only focused on one part of Lee's speech, the acclaimed director had plenty more to say on Sunday night. Lee also took time to pay tribute to his late grandmother, the daughter of a slave, who put him through school.

“My grandma…saved 50 years of social security checks to…put me through Morehouse College and NYU film [school]," he said. "I give praise to my ancestors who helped build this country.”