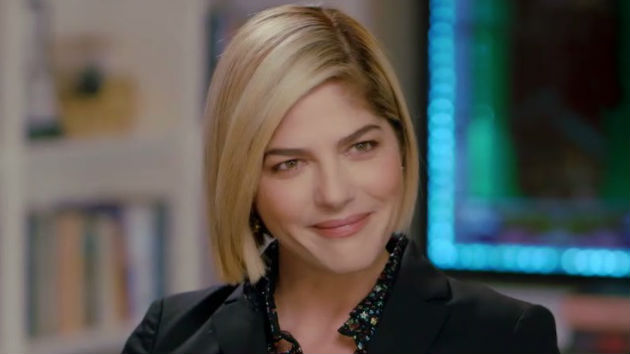 ABC(LOS ANGELES) — Actress Selma Blair stunned on the red carpet Sunday night — with the aid of a bedazzled cane — at the Vanity Fair Oscars after-party.
The 46-year-old actress is now revealing the agony she went through before receiving a diagnosis of multiple sclerosis (MS) last August.

MS is a chronic, often unpredictable disease of the central nervous system, and can cause problems with vision, balance and muscle control.
"Ever since my son was born, I was in an MS flare-up and didn't know, and I was giving it everything to seem normal," Blair told Robin Roberts in an interview that aired Tuesday on Good Morning America.

As her voice quavered from the disease's affect on her speech, Blair recalled being in pain and exhausted, and not knowing why. "I was really struggling …and [being] not taken seriously by doctors, just, 'Single mother, you're exhausted, financial burden, blah, blah, blah.'"
The Cruel Intentions and Legally Blonde actress claimed she was often dead tired. "I was ashamed and I was doing the best I could and I was a great mother, but it was killing me," she said. "And so when I got the diagnosis I cried with some relief. Like, 'Oh, good, I'll be able to do something.'"
During her interview with GMA at her Los Angeles home, Blair was in an "exacerbation" — a flare-up — of MS, which causes new symptoms or the worsening of existing symptoms.
Blair admitted that she was "a little scared of talking" during her flare-up, but that her neurologist encouraged her to speak out and "bring a lot of awareness" to the disease.
"No one has the energy to talk when they're in … flare-up," the actress said, adding, "But I do 'cause I love a camera."