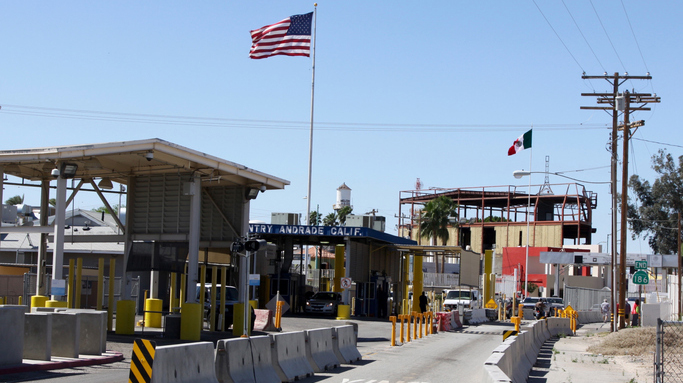 davelogan/iStock(WASHINGTON) — Federal officials have documented thousands of allegations of sexual abuse and sexual misconduct against migrant children in U.S. custody over the past several years, according to documents presented at a House committee hearing Tuesday.
The reports of alleged abuse in Department of Health and Human Services records were made public by Democratic Rep. Ted Deutch during a House Judiciary Committee hearing examining the Trump administration's family separation policy. The data includes accusations of harassment and inappropriate sexual behavior against unaccompanied minors and children in U.S. custody going back to when HHS started keeping records for the first time in the fall of 2014, during the Obama administration.
That year U.S. authorities saw significantly higher numbers of unaccompanied children attempting to cross the U.S.-Mexico border. There are currently 11,500 migrant minors in U.S. custody, mostly older children and teens who crossed the border alone.
The stats don’t appear to show a significant increase in accusations under the Trump administration compared to the last years of Obama administration.
"Together these documents detail an environment of systemic sexual assaults by staff on unaccompanied children," Deutch said at the hearing.
More than 150 of the allegations involve staff working at facilities run on behalf of the Department of Health and Human Services. In several cases the accused staff member was removed from their position, the documents show.
This number represents those that were reported to the Justice Department, a much smaller number than total allegation reported to refugee resettlement staff.
In some of the other cases the perpetrators were other unaccompanied minors.
Axios first reported on the allegations Wednesday afternoon.
"The safety of minors is our top concern when administering our unaccompanied alien children program," HHS spokesperson Caitlin B. Oakley said in a statement. "These are vulnerable children in difficult circumstances, and the [Office of Refugee Resettlement] fully understands its responsibility to ensure that each child is treated with the utmost care."
Accused staff members were removed from their position in dozens of cases, the documents show. The cases reveal multiple instances of inappropriate touching and kissing involving children.
In one 2015 incident, a facility staff member approached a child from behind and asked her to “squeeze his erection,” the report noted. The staff member also tried to kiss the young girl on the mouth.
The incident was reported to the FBI and the staff member was arrested and charged with sexual abuse, the report explains. The children and staff members involved are not named.
A top HHS official said he raised concerns over the Trump administration's family separation policy in 2017, as ABC News previously reported.
"In every conversation that we had about separation we opposed separation," HHS Public Health Commander Jonathan White said in response to questions from Deutch.