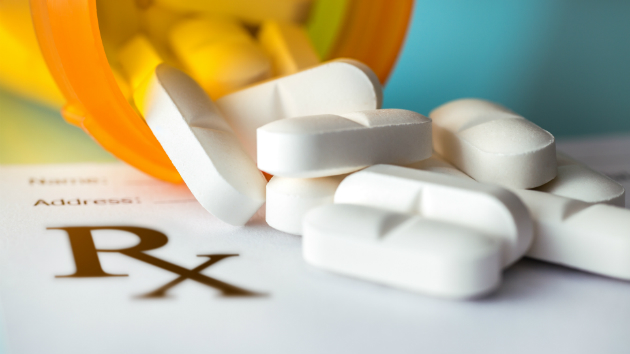 busracavus/iStock(WASHINGTON) — Top executives from seven major drug companies will be in the hot seat Tuesday morning to answer questions from members of the Senate Finance Committee on the cost of prescription drugs.
The newly minted chairman of the Senate Finance Committee, Sen. Chuck Grassley, R-Iowa, has vowed to tackle the problem of high drug prices head on.
“The price ppl pay for Rx drugs is complex+covered in secrecy … I hope the drug co CEOs testifying tmrw don't try to blame everyone but themselves/take no responsibility for their role in fixing the problem,” Grassley said in a pair of tweets Monday.
The hearing, which will likely involve some political theater, pits Washington lawmakers against drugmakers who could face legislative reform after years of setting drug prices that have skyrocketed. Overall, drug prices have risen as pharmaceutical companies churn out new, groundbreaking drugs with high price tags that industry executives say are needed to recoup research costs.

The companies invited to the hearing are: AbbVie, AstraZeneca, Bristol-Myers Squibb, Johnson & Johnson, Merck & Co., Pfizer and Sanofi.
Tuesday's hearing is a follow-up to another that Grassley held last month on the rising price of drugs. At the time, Grassley expressed his "displeasure" at what he called the "lack of cooperation from the pharmaceutical manufacturers."
High insulin prices are also a concern for the bipartisan panel, which means the top insulin producer, Sanofi, will bear the brunt of potentially hostile questioning.
On Friday, Grassley and ranking member Sen. Ron Wyden, D-Ore., launched a bipartisan investigation into rising insulin prices, as part of the committee's broader effort to examine drug pricing. They sent letters to leading insulin manufacturers Eli Lilly, Novo Nordisk and Sanofi seeking information about why prices increased 500 percent or more.
"These hardships can lead to serious medical complications that are entirely preventable and completely unacceptable for the world's wealthiest country," the senators wrote in the letters. "When one insulin product costs the taxpayer more than a billion dollars in one year, the American people ought to know how the company prices its product. We are concerned that the substantial increases in the price of insulin over the past several years will continue their upward drive and pose increasingly severe hardships not only on patients that require access to the drug in order to stay alive but also on the taxpayer."
The issue has traction with President Donald Trump, who said during a 2017 cabinet meeting, that drug companies were "getting away with murder." He pledged to lower drug prices, but that's a tall order without draconian measures that Republicans would almost certainly oppose, like price controls. So far, the industry's lobbying operation has balked at any regulation attempts by the administration, including a simple requirement that drugmakers disclose prices in television advertisements.
Many of Trump's ideas to drive down drug costs are still winding their way through the rule-making process. One proposal would upend the usual system of drug rebates when people buy prescription drugs through Medicare or Medicaid.
The plan would prohibit drugmakers from offering discounts or rebates to "pharmacy benefit managers" that administer drug plans. Instead, the manufacturers would be encouraged to provide rebates directly to consumers.
Democrats pushed back, insisting they think the plan will raise costs for consumers.

Another proposal, announced last fall, is to limit what it pays for certain drugs for Medicare recipients by tying the price for some drugs to prices paid overseas. The measure, which would be phased in over several years, would only apply to certain types of drugs via Medicare that are administered by a physician. The drug industry fought back and said the administration was discouraging innovation.
Copyright © 2019, ABC Radio. All rights reserved.