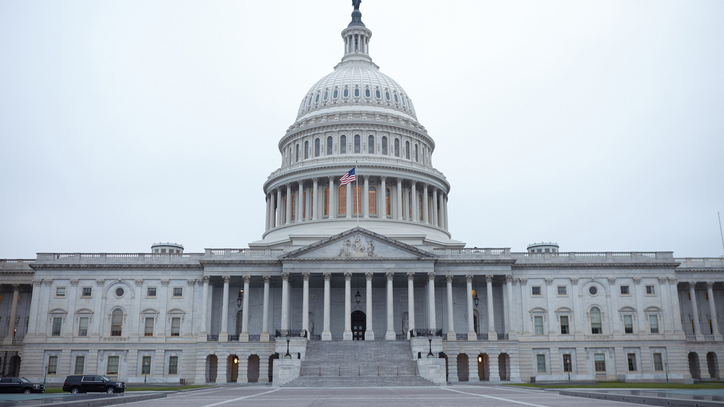 Luka Banda/iStock(WASHINGTON) — The House will vote Tuesday on a resolution to terminate President Donald Trump's national emergency proclamation to build the border wall, presenting their opening salvo in a battle that's expected to drag into the next presidential campaign, both in the courts and on Capitol Hill.
House Speaker Nancy Pelosi told reporters Monday evening at the Capitol that Trump's "power grab usurps" the legislative branch's constitutional responsibilities and "fundamentally violates the balance of power envisioned by our founders."
"We would be delinquent in our duties if we did not resist, if we did not fight back to overturn the president's declaration. To not do that would be to abandon our own responsibilities. We do not intend to do that," said Pelosi, D-Calif. "What the president is saying about the border is mythology. It's not reality, but this is not about the wall. Whatever you think about the wall, think about the Constitution of the United States."
Even Senate Republicans have been questioning the president's authority in declaring a national emergency.
Senate Majority Leader Mitch McConnell described what he called a "robust and vigorous" discussion during a private lunch on Tuesday with Vice President Mike Pence and a Department of Justice lawyer who briefed Senate Republicans on the president's emergency declaration.
"I haven't reached a total conclusion," McConnell said when he was asked if he considered the president's move to be a legal one. "What is not in doubt is we have a serious crisis at the border, and our colleagues across the aisle are in denial.”
At least three Republican senators — Susan Collins of Maine, Thom Tillis of North Carolina and Lisa Murkowski of Alaska — have said they will vote in favor of the resolution.
Many Republicans have expressed their concerns about the president’s ability, under the declaration, to move funds that have already been appropriated by Congress. They've also said they are concerned about the precedent it could send should a Democrat become president.
In a Washington Post op-ed, Tillis announced he would vote in support of the joint resolution.
"As a U.S. senator, I cannot justify providing the executive with more ways to bypass Congress. As a conservative, I cannot endorse a precedent that I know future left-wing presidents will exploit to advance radical policies that will erode economic and individual freedoms," Tillis wrote. "These are the reasons I would vote in favor of the resolution disapproving of the president's national-emergency declaration, if and when it comes before the Senate."
Murkowski said Trump is "overstepping into the legislative prerogative."
"We as legislators need to be concerned about that separation," she said. "We need to be concerned about preserving those clear lanes that are outlined within the Constitution. This is not about whether or not I support President Trump."
Trump declared a national emergency at the southern border on Feb. 15, taking executive action to obtain billions of dollars for his border wall on top of $1.4 billion Congress sent him earlier this month for border fencing.
"We do have an emergency," Trump told a gathering of governors at the White House on Monday. "We have an emergency of people pouring into our country that we don't want — criminals, smugglers. We have drugs pouring into our country. We can't have it."
Democrats still aren't buying it.
"There is no crisis at the border," House Majority Leader Steny Hoyer, D-Md., insisted. "The issue [Tuesday] will be whether there is a crisis of our constitutional adherence, whether there is a crisis because there is a lack of conscience and courage among the members of the House of Representatives and subsequently the United States Senate to stand up for what the Founding Fathers wanted. They did not want King George."
The resolution to terminate the national emergency is expected to pass the House before the Senate considers the measure in the coming weeks.
The showdown sets up a potential presidential veto if the measure clears both chambers. So far there doesn't seem to be enough support on Capitol Hill — two-thirds majorities in both chambers — to override a veto.

Wunmi Mosaku would “run for the hills” if she were actually in her Netflix horror movie ‘His House’
‘He shot himself in the foot’: Seniors repelled by Trump’s pandemic response
Senior citizens, key to Trump’s 2016 victory, now far from a sure group for president
Don’t vote naked: Seal ballot in secrecy envelope and outer return envelope
Senate Republicans move Barrett Supreme Court nomination toward final vote
How will Biden deal with Trump’s personal attacks at Thursday’s debate?