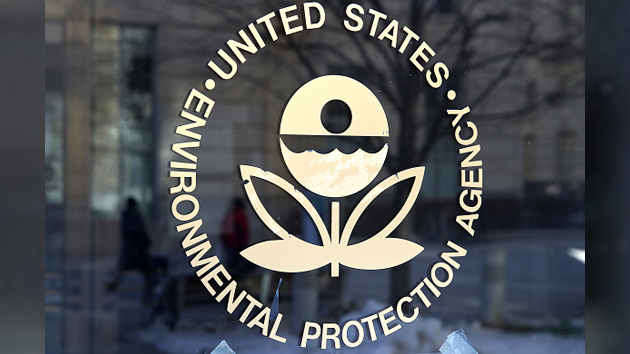 Justin Sullivan/Getty Images(WASHINGTON) — A Democrat-led committee questioned a top Environmental Protection Agency official on whether the country's top environmental agency has gone easier on polluters under the Trump administration.
Critics say the EPA under the Trump administration is doing less to enforce environmental laws than under other presidents, citing lower numbers of inspections, fewer new investigations and enforcement cases, less money collected in penalties and a large number of enforcement staff that have left the agency in the last year.
Several members of the committee on Tuesday raised concerns that the trend sends a message to polluters that EPA is taking a softer stance on violations, though Assistant Administrator Susan Bodine, who leads EPA's enforcement office, insisted the numbers don't give a full picture of all EPA's work to enforce environmental laws.
"Lax enforcement sends a wrong message to industry and polluters and I have a very hard time seeing how the public and the regulated community are supposed to have confidence in EPA when you're not enforcing America's bedrock environmental laws, when they see that an agency has initiated the lowest amount of cases in what appears to be three decades," said Rep. Kathy Castor, D-Fla.
Another Democrat, Rep. Ann Kuster of New Hampshire, pushed back on comments from a Republican on the committee that the criticism of the EPA was political. Rep. David McKinley, R-W.Va., called the tone of the discussion "the first steps of the election campaign of 2020."
Kuster said her district is dealing with contaminated drinking water from a plastics plant that released toxic chemicals used to produce nonstick, Teflon cookware.
"Suggesting this is politically motivated, the health and well-being of my constituents is not politically motivated," Kuster said, saying she is disappointed EPA hasn't done more to deal with the urgency of those chemicals.
Bodine said the large number of drinking water systems that don't meet health and environmental requirements is one of the biggest areas of concern for EPA and her office is helping map where chemicals contamination is a problem.
She also took issue with the criticism of EPA enforcement, saying the "narrow set of parameters" referenced by Democrats on the committee doesn't credit all the work being done to make sure facilities comply with environmental laws, including cases where EPA is involved but the state is doing the bulk of the work. Bodine said that, in at least two cases, EPA has heavily pressured states to intervene to force companies to address violations. However, she added, that those cases are not listed in EPA's enforcement statistics and the agency has not collected comprehensive data on how often it assists states with cases.
"I want everyone to understand that these measures do not adequately represent the progress and the results that we are achieving in EPA's enforcement and compliance assurance program," Bodine said in her opening statement.
Under President Donald Trump, the EPA has changed the way it talks about enforcement to focus on compliance, partly because of the administration's emphasis on working closely with states and tribes to create and enforce laws instead of mandate rules from the top. Bodine and Republicans argue that the EPA has had an adversarial relationship with states in the past and a more cooperative approach is a better use of resources. Critics of that approach say many states don't have the resources or are reluctant to do as much as EPA could do to regulate industries in that state.
The EPA said officials could work with states and industries to ensure they comply with environmental laws before they have to start a formal enforcement action, which could involve a lengthy legal process to settle the violations and force companies to pay expensive penalties.
Two former EPA officials testified Tuesday that states need the threat of EPA enforcement to motivate companies to resolve problems quickly and that the federal government could impose higher penalties to pay for cleanup than states. When authorities determine a company has violated an environmental law by releasing too much pollution or mishandling chemicals, they can agree to resolve that problem themselves, but critics have said some situations need more urgent action, especially when the violation endangers public health.
"When a community is exposed to a blast of lead or a cloud of carcinogens from, let's say a petrochemical plant, you really can't answer the problem by saying 'don't worry sulfur dioxide emissions are down nationwide'," Eric Schaeffer, who led the EPA's civil enforcement office under Presidents Bill Clinton and George W. Bush, said in his testimony. "They really want something done about what's going on in their neighborhood. That is enforcement work."
Schaeffer, who is now the executive director of the Environmental Integrity Project, told ABC News that he's concerned the agency's emphasis on partnership will take away the threat of federal enforcement as a deterrent, which would make it easier for companies to become more lax about environmental rules.
"If the only thing that ever happened when you got pulled over is you got a warning ticket, that's sort of a different situation for drivers," he said in an interview.
The EPA said it still enforces environmental laws, and acting EPA chief Andrew Wheeler pushed back on this criticism in his confirmation hearing to become administrator last month. He said a lot of the criticism has been misleading, and that, among other things, the EPA opened more criminal enforcement cases in 2017 than in previous years. EPA data also show more facilities self-reported violations last year.
"We are working very hard on compliance assurance, and I think the agency has for a number of years and I think the more compliance assurance that we have the fewer enforcement actions that we need to take," he said in his testimony in January.
The administration recently announced a high-profile enforcement case against Fiat Chrysler for cheating on fuel emissions tests, similar to the Volkswagen case settled in 2017.