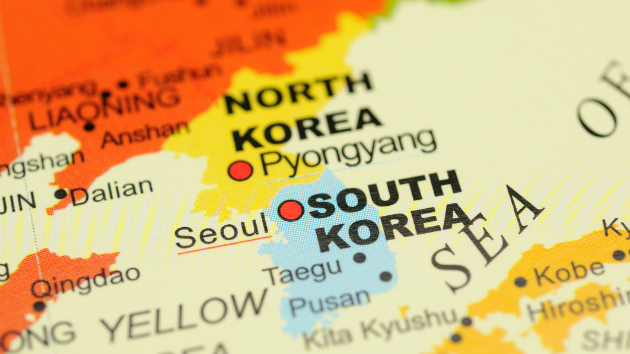 bedo/iStock(HANOI, Vietnam) — South Korean government officials hinted that President Donald Trump and North Korean leader Kim Jong-un may reach an agreement to declare an end to the Korean War (1950-53) at their summit later this week.
“What format the end-of-war declaration will be, we don’t know exactly," said Kim Eui-kyeom, a spokesman for South Korea’s president, Moon Jae-in. "But we think there is fair enough possibility of an end of war declaration between the United States and North Korea.”
President Moon reinforced the sunny outlook for the summit with praise for Trump at a meeting with his senior secretaries on Monday.
“President Trump is personally spearheading diplomacy toward North Korea with his bold determination and new diplomatic strategies in order not to repeat past failures in diplomatic efforts to resolve the North Korean nuclear issue,” Moon said, noting that a success “will become yet another great feat that will be indelibly recorded in world history.”
But Trump, speaking in Washington on Sunday, appeared to play down prospects for a major breakthrough at the upcoming summit with Kim on Feb. 27 and 28. He appears to be in no rush as long as North Korea’s testing of any nuclear weapons has ceased.
"We see eye-to-eye, I believe, but you’ll be seeing it more and more over the next couple of days," Trump said, emphasizing that he and Kim had developed “a very, very good relationship.”
"I don’t want to rush anybody, I just don’t want testing," the U.S. president said. "As long as there’s no testing, we’re happy."
Trump also tweeted on Sunday that Kim knew that "without nuclear weapons, his country could fast become one of the great economic powers anywhere in the World."
Kim is expected to arrive in Hanoi in the early morning on Tuesday. He has taken his personal armored train from Pyongyang on a 60-hour journey passing through China.
Copyright © 2019, ABC Radio. All rights reserved.