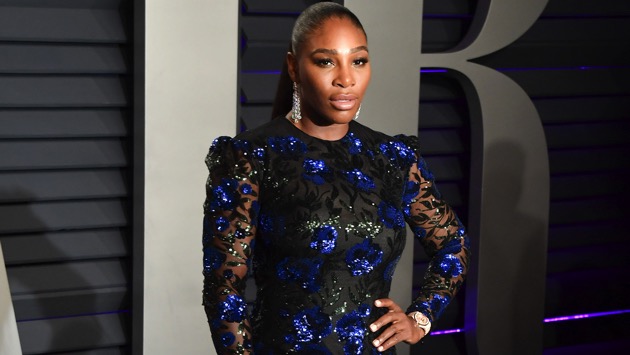 George Pimentel/Getty Images(NEW YORK) — Serena Williams took to the Oscars stage Sunday night to introduce the best picture-nominated film A Star Is Born. But that wasn’t the tennis superstar’s most buzzed-about Oscars moment.
Williams also voiced a Nike ad, “Dream Crazier,” that aired during the Oscars telecast and had social media buzzing.
The ad features groundbreaking female athletes like Olympians Simone Biles, Chloe Kim and Ibtihaj Muhammad, members of the U.S. Women’s National Soccer Team and Williams herself.
It shows examples of the characterizations placed on female athletes like "dramatic," "nuts," "delusional," "unhinged," "hysterical" and "crazy."
"Winning 23 Grand Slams, having a baby and then coming back for more, crazy," Williams says, referring to her return to the women's tour after the birth of her daughter, Alexis Olympia Ohanian Jr., in 2017.
"So if they want to call you crazy, fine. Show them what crazy can do," Williams adds.
Nike said it created the ad to "put spotlight on female athletes who have broken barriers, brought people together through their performance and inspired generations of athletes to chase after their dreams.”
People on social media praised the ad, which has nearly four million views on YouTube.

"If they think your dream is crazy, show them what a crazy dream can do"
Just do it!
This ad is beautiful.#justdoit #womenempowerment #MondayMotivation pic.twitter.com/ORdZTy1MJ2

Tested for steroids ‘cause how could she have muscles like that? #crazy me at 27 in 1984 #track #muscles #nosteroids #girlcanrun #justdoit pic.twitter.com/e0CRTxP6za

if you don't get emotional with this #Nike commercial, there's definitely something wrong with you. Wow.#JustDoIt pic.twitter.com/ENXmqvXtPQ

The Nike ad is Williams' second women empowerment moment in two major TV events.
The Grand Slam champion also starred in a Super Bowl commercial this month for Bumble, the dating and networking app where women make the first move.
The commercial, titled "The Ball is in Her Court," was created and directed by an all-female team.
"We’re taught as a society that we have to wait and be second, but that’s not true," Williams said on Good Morning America last month. "We can be first. I love being first. I only like being first."
Copyright © 2019, ABC Radio. All rights reserved.