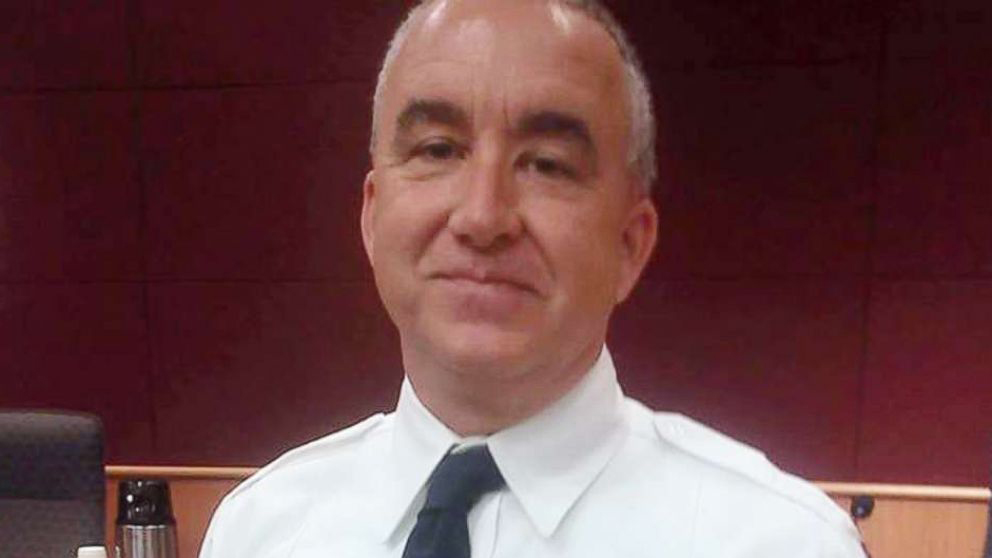 Sarasota K9 Search & Rescue, Inc./Facebook(SARASOTA, Fla.) — A former firefighter in Florida was killed while trying to help two motorists involved in a crash, according to the Florida Highway Patrol.
Wesley Weysham Jr., a former firefighter/paramedic for the Sarasota County Fire Department, had stopped on I-75 in Hillsborough County after noticing two vehicles in the middle of the road on Feb. 24, according to FHP.
An impaired driver, identified by FHP as George Evans III, stopped his 2018 Toyota Tacoma in a middle lane while traveling southbound on I-75. FHP said it did not know why Evans stopped his vehicle.
The highway patrol said a second driver, Veronica Gonzalez, was not able to brake in time before crashing into Evans' vehicle. FHP said Weysham then arrived and took Evans to the inside shoulder of the road to treat him.
While Weysham was helping Evans, a third driver, identified by FHP as Samuel Flores, struck Evans’ vehicle. FHP said the collision caused Evans’ vehicle to rotate and hit Weysham before catching fire and burning completely. Weysham was killed in the collision.
FHP said that Flores did not see the other two vehicles stopped in the road before the collision.
Sarasota County Emergency Services said Weysham served in the Sarasota County Fire Department from 2007 until 2017. Sarasota K9 Search & Rescue Inc. said Weysham was a volunteer K9 handler and a Land Navigation instructor.
“He was a true example of a public servant and was still actively serving his community,” Sarasota County Emergency Services said in a Facebook post remembering Weysham. “He spent his entire career helping others and his commitment to community service was unwavering.”
Gonzalez told ABC affiliate WFTS-TV she still thought about what Weysham did to help Evans and wanted to reach out to his family to offer her condolences.
"I just feel really bad, you know, because he was just trying to do a good thing," Gonzalez told WFTS-TV.
Gonzalez sustained serious injuries from the incident while Evans and Flores had minor injuries, according to FHP.
FHP said charges were still pending in the incident.