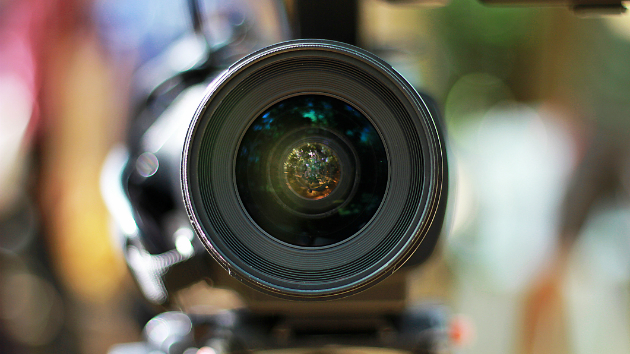 boonyoo/iStock(OAKLAND, Calif.) — A television news crew was robbed at gunpoint and their armed security guard was shot on Sunday as they covered a teachers' strike in Oakland, California, police said.

The Bay Area news crew, from local CBS station KPIX 5, told responding officers just before 5 p.m. local time that a vehicle pulled up and two individuals got out, demanding their camera and equipment.
Gunfire was exchanged between the security guard and one of the suspects. The suspects got back in their car and fled the scene with the crew's equipment, according to the Oakland Police Department.
The security guard was taken to a local hospital in stable condition, police said.
Later that evening, officers briefly pursued the suspect vehicle in a high-speed chase and detained its driver after the car crashed.
Several other individuals have been detained in connection with the armed robbery and shooting, and some of the stolen equipment has been recovered, police said.
Officers are also investigating a man who walked into a local hospital with gunshot wounds on Sunday evening shortly after the robbery and shooting to determine if the incident is connected, police said. The investigation is ongoing.
The news station, KPIX 5, said its reporter Joe Vazquez and photographer John Anglin were conducting interviews outside a public library for the ongoing teachers' strike when they were approached by the armed suspects.
"John quickly backed away from the camera and tripod and took cover inside the live truck, warning me to stay down," Vazquez wrote in a Facebook post Sunday night. "Gunshots rang out. Then more gunshots. Our guard believes he may have wounded the robber, but we are still working to confirm that. They got away with our camera and tripod. John and I are shaken up, but are otherwise fine."
"The security guard is going to be OK," Vazquez later added to his Facebook post. "Talked to him tonight, and he is in good spirits surrounded by family and friends. I thanked him profusely for protecting us."
Thousands of public school teachers in Oakland went on strike Thursday after two years of negotiations failed to secure them a new contract that would provide better wages, more resources and smaller class sizes.
The teachers' strike — the first in Oakland in 23 years — is poised to enter its third day Monday.
Copyright © 2019, ABC Radio. All rights reserved.