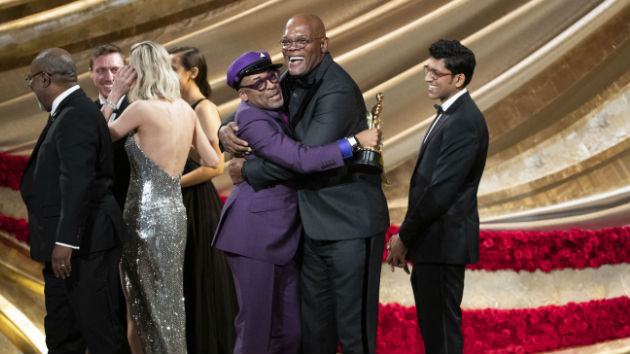 ABC/Craig Sjodin(LOS ANGELES) — While some had speculated that Sunday night's host-free Oscar ceremony would be a failure on the level of 1989's telecast — which was the last time the show didn't have an emcee — the numbers are proving it was anything but.

In fact, Nielsen says the 91st Annual Academy Awards was watched by 29.6 million viewers, making it the most-watched entertainment telecast in two years. Its audience jumped by 3.1 million viewers from last year, and 13% in the key 18-49 demographic.

After all, who needs a long, sorta funny opening sketch when you've got Adam Lambert and Queen rocking the Dolby theater, Lady Gaga nuzzling Bradley Cooper and Spike Lee grabbing his first Oscar?

The telecast also drew the largest audience on social media for the evening, with nearly 18 million total social interactions, 76% of which were on Twitter, 20% on Insta, and 4% on Facebook. That marks a 21% jump from last year's Twitter activity.